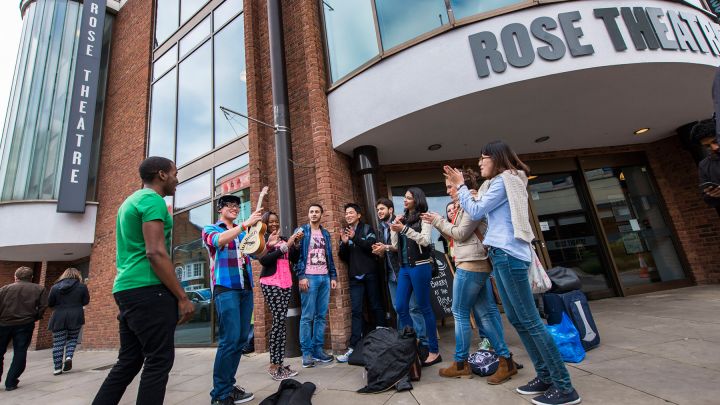 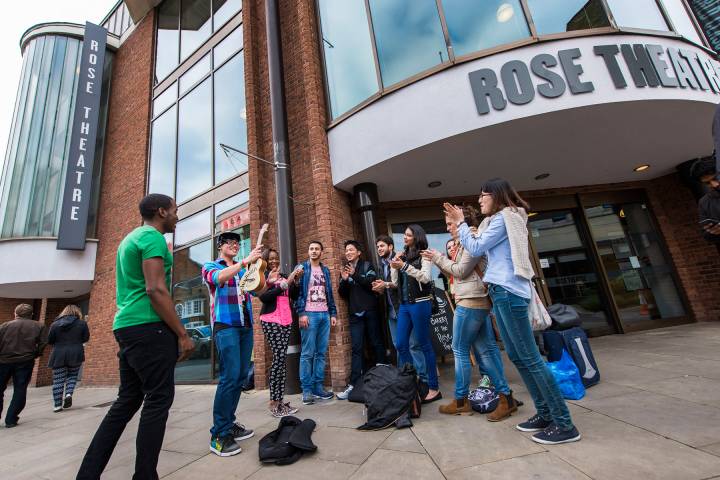 Kingston University presents a free lunchtime jazz session with Saxophonist and composer, Vasilis. Born in Athens, he trained at the infamous Berklee College in Boston MA, where he studied under Billy Pierce, George Garzone and Andy McGheeafter. Having lived in the capital since 2002 he remains a highly in demand musician with over 270 performances a year.

Vasilis has worked with the cream of UK's jazz scene, featuring names such as Ray Gelato Jim Mullen, Martin Shaw, Steve Waterman, Bruce Adams, Eddie Harvey and many others. He leads his own band called Vasilis and the Xtet, formed in 2009 and their debut album is called Loud City. The second album, The Wind Machine (2014) received great reviews. "Xenopoulos breathes brave new life into old standards. Not only that, but these numbers are executed with superb skill." Roger Farbey, allaboutjazz.com

Vasilis has appeared at The London Jazz Festival, Ronnie Scott's, British Jazz Foundation Festival, Ealing Jazz Festival, The Bulls Head, The 100 Club, The Spice of Life and a variety of jazz venues around Europe and the UK.

His performance for Jazz First Tuesday is guaranteed to be energetic and exciting and not to be missed.