The Whitten Fund was set up in 1996 in memory of Doug Whitten who effectively founded the School of Geography, Geology and the Environment when we first began to teach geology here in 1946.

Help geoscientists with the costs of fieldwork

The purpose of this vital fund is to support needy students with the often considerable costs of final-year geosciences fieldwork.

The Whitten Fund helped Ivan Nikiforov in the completion of two of his most important final-year modules. These were his independent mapping project in La Vid, Castilla y Leon, Spain, and his research project in Dorset doing an outcrop study of the Bridport sands near West Bay. "The academic findings of this fieldwork were very important towards the development of my fieldwork skills and my progress as a geology student."

It also provided funding towards Stephany Ocampo Jimenez's independent mapping project in the northwest highlands of Scotland. A place extremely well known for the preservation of fantastic geology, nearly 3000Ma of diverse geological history can be appreciated in this area. "I am extremely grateful for the funding as it helped towards my education."

Michael Feast was given support for developing a digital terrain model for the Orangutan and Gibbon reserve in Sabangau Forest, Borneo. Michael said of the award: "I am very grateful for the money that helped to fund this life-changing opportunity... I had such a wonderful experience." 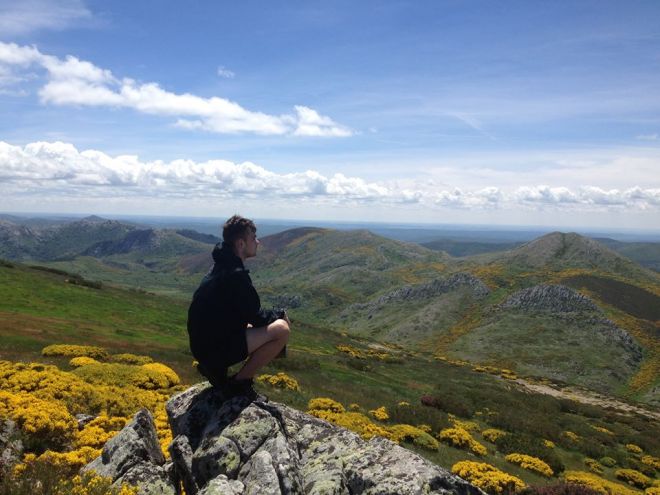 "My interest in geology began on a family holiday to America, in which I visited the Grand Canyon and Hoover Dam. I was so inspired by how intricate, grand and majestic the natural processes that drive our planet are. I was also intrigued by our ability to manipulate and utilise these natural processes.

When I graduate I hope to continue my geological journey by undertaking an MSc in Environmental Geology.

Independent mapping is a compulsory project every second year must take. It involves collecting various data in a specified area over a minimum of 28 days, in order to produce a detailed geological map.

The project is funded by the student and is often very costly. If a student does not undertake the project, then their degree cannot be accredited by the British geological society. The Whitten Fund provides a critical lifeline in a world where academia is becoming increasingly expensive."

Help geoscientist students with their fieldwork >