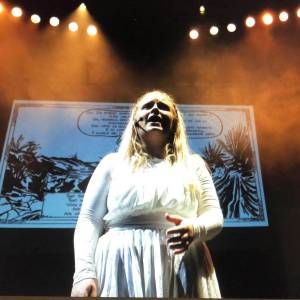 The annual performing arts showcase earlier this month saw a host of individual and group performances by students from the three courses, topped off by the collaborative musical theatre finale based on William Blake's poem The Book of Thel.  ... 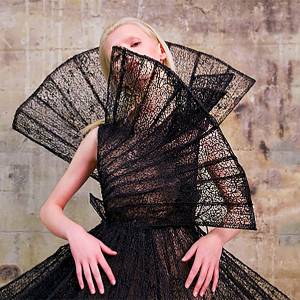 The Best Fashion Schools in the World report examines 66 institutions worldwide. It is backed by a rigorous methodology alongside input from a newly formed Business of Education Council – made up of twelve global experts from fashion education and industry. The report collates the views of academics, human resources and fashion industry professionals as well as more than 13,000 students and alumni who complete detailed surveys.... 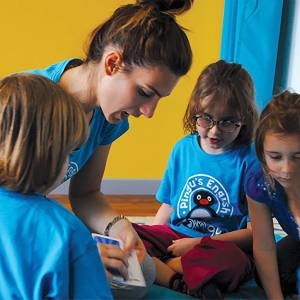 A partnership between Kingston University and the world-leading pre-school education provider Pingu's English has led to the opening of the first kindergarten school in Cambodia.

The international kindergarten, which has been opened in the Southeast Asian country by Pingu's English, will teach almost 100 children aged from three to six English in a way that combines listening, speaking, writing and reading skills.... 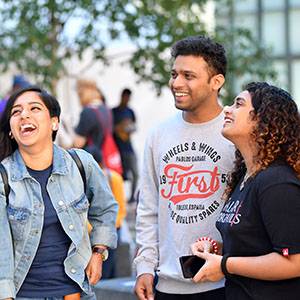 Kingston University has been named one of the top 50 institutions in the country in the newly released Guardian University Guide league tables.

The University has climbed 10 places to joint 48th of the 121 institutions featured in the national newspaper's annual listings. Its continued improvement in the rankings follows a jump of 23 places in last year's Guardian tables.... 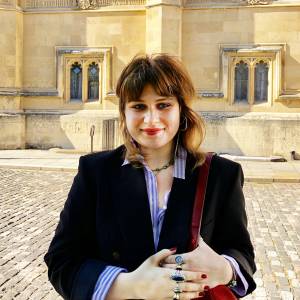 The House of Lords was given a fresh injection of style when Kingston School of Art fashion designers unveiled their final collections in a catwalk show blending colour, style and innovative ideas. A total of 19 BA (Hons) Fashion students showcased their final year collections to an audience packed with industry experts at the home of the United Kingdom Parliament's second chamber within the dramatic environs of the Palace of Westminster, now a Unesco World Heritage Site.

One student whose eye-catching garments have already been making an impact on the fashion world is 23 year old Victoria Lyons. Her collection is a collage of inspirations – drawing from patchwork quilts to singer Van Morrison and her time in the Belgian city of Antwerp, incorporating themes of hand painting and architectural design with the latest digital print processes.... 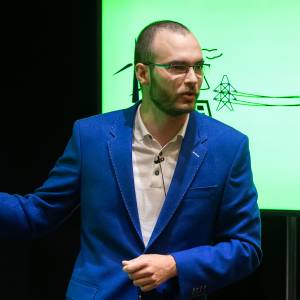 Matthias Pilz, from Seelow in eastern Germany, has been exploring new approaches for the power grids of the future, which may involve solar and wind energy being integrated at local levels to limit greenhouse gas emissions.... 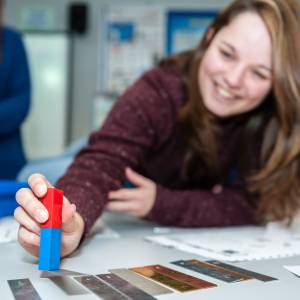 Kingston University's strong relationship with educators in Gibraltar has led to the launch of the British Overseas Territory's first PGCE teacher training degree. 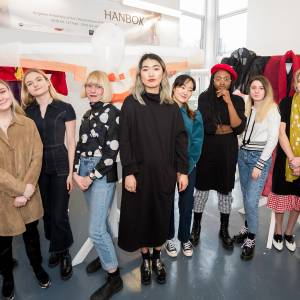 The Korean garment Hanbok has taken centre stage at a Kingston School of Art exhibition fusing traditional costume with contemporary design. Works produced in partnership with the Royal School of Needlework and the Hanbok Advancement Centre went on show at the University's Stanley Picker Gallery following a collaborative project harnessing the skills of specially selected students from both institutions.

Eight groups of Kingston School of Art fashion students displayed their interpretations of the garments, alongside intricate exhibits stitched by the Royal School of Needlework's BA(Hons) Hand Embroidery for Fashion Interiors, Textile Art students. The exhibition's opening event included preparations for a traditional Korean dressing ceremony, during which an audience of students, staff and community leaders watched on as models were meticulously dressed over a 30-minute period....