Cameras keep one step ahead 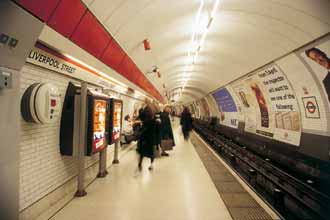 Closed circuit television cameras, which have always been crucial in supplying clues once a crime has occurred, are now stepping up a gear. Pioneering research carried out by Dr Sergio Velastin, from Kingston's Digital Imaging Research Centre, has attracted a substantial slice of funding from the European Union.

Since starting his research in 1992, Dr Velastin has created a specialist CCTV system that can predict an incident well before it has even taken place. The technology has the capacity to pick up the first signs of such potential dangers as a mugging on the underground or an imminent terrorist attack in an airport. Connected to a sophisticated image analysis programme called Cromatica, the CCTV cameras detect unusual activity, recognising behavioural patterns pre-programmed into the memory and alerting operators to possible problems. They are able to mathematically track a person's movements and, if an individual then starts to act suspiciously, signal a further warning.

The unique technology monitors pedestrian flow and can highlight overcrowding. It can also be used to spot people selling tickets illegally or attempting to harm themselves. The project, being developed with a team of leading researchers from throughout Europe, is expected to help prevent hundreds of injuries and incidents taking place on the underground every year.

Dr Velastin believes the system has much wider potential for saving lives and cutting crime. It will eventually be capable of pinpointing an unattended object in a terminal, for example, highlighting who abandoned the package and where that person is in the building - meaning terrorists could be apprehended before leaving the complex.

Monitoring CCTV cameras involved a high level of concentration, Dr Velastin said. Often nothing significant happened for long periods of time, making it difficult for the person keeping an eye on the camera to remain vigilant. "Our technology excels at carrying out the boring, repetitive tasks and highlighting potential situations that could otherwise go unnoticed," he said.

While Dr Velastin believes the advances in identifying unusual behaviour are a crucial step forward, he stresses humans are still essential when it comes to making the system work. "The idea is that the computer detects a potential event and shows it to the operator who then decides what to do, so we are still a long way from machines replacing humans," he said.

The research has been given the seal of approval by the Government's Centre for Transport, which has already put the system to the test at London's Liverpool Street Station.