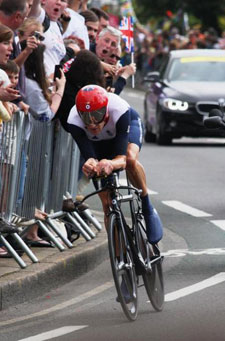 Visitors who flocked to Kingston for the Olympic Games cycling spent an estimated £5 million over three days, a new study shows.

Each day around 50,000 visitors spent £1.7 million during the cycling road races on 28-29 July and 1 August last year, with boosts for hotels, pubs and restaurants offsetting a loss of custom and income felt by some local department stores and traders.

A report by Dr Peter Garside from Kingston University's Centre for Economic Research and Intelligence estimates that larger retailers suffered a one per cent loss in trade on event days - between £3.5 and £4 million - but that business was still more than one per cent above the national average.

The report attributes the drop in trade mainly to the impact of road closures and fears that the town would be ‘closed for business'. Larger stores saw a slight bounce back in trade the day after events with visitors staying in the area and longer trading hours during the key weekends.

The research in to the ‘Olympics effect' - the only one of its kind commissioned by a London borough - notes:

"Considering the size and scale of localised spending on the event days, and the significant multiplier effect associated with this type of expenditure, it could be assumed that the total impact on the local economy was, at its worst, neutral or, at its best, a reasonable level gain. The injection of visitor expenditure did equate to a significant gain for the micro and small businesses within the borough. Therefore, the negative impact recorded by larger operators should not overshadow these alternative and substantial economic gains in other sectors of the business community." 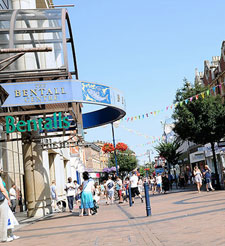 found that most businesses thought the events were a resounding success and that the image of Kingston and impact on community spirit had been very beneficial, Dr Garside explained. "Logistically the majority of businesses thought the events were well planned and extremely well executed," he said. "It was considered the information and the whole planning process was very well done."

If there was one defining legacy to the whole process it was the institutional capacity that had been built up around the events and the level of co-operation and communication that emerged, he added. "This needs to be maintained, especially in the face of future London cycle festivals and other potential large scale host events. Kingston cannot afford not to undertake and engage with these types of activities."

Councillor Simon James, Kingston Council's Lead Member for Sport and Olympic Legacy said that overall the Olympics had been a fantastic success for Kingston. "The council, businesses and the community responded positively to the challenge of hosting such large-scale events and managing huge crowds," he said. "There was a real feel-good factor. The eyes of the world were on us and people saw that Kingston was a place where things happen."

It was important to understand all the Olympics effects, positive and negative, as the lessons from this research would influence the town's planning for big events in the future, he explained. "The RideLondon cycling festival in August will build on our Olympics success and legacy," he said. "Kingston will be at the heart of the action again, open for business with a carnival atmosphere for visitors and residents to enjoy." 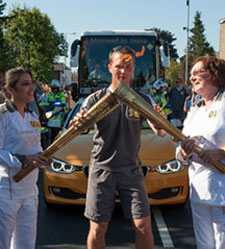 Two major events will pass through Kingston on Sunday 4 August 2013 as part of Prudential RideLondon, organised by the Mayor of London and the London & Surrey Cycle Partnership. Kingston Council and its partners including Kingstonfirst are working to make the events a success, minimise any disruption and help residents and businesses to plan ahead and make the most of the occasion.

The Olympic and Paralympic Games had a positive impact on sport in Kingston too, with the borough's two main sports centres seeing up to 30 per cent more visitors last August and September. More people also took up Olympic sports including cycling and archery.

A recent survey by retail experts rated Kingston one of the country's top places for retail success, alongside London's West End and ahead of the Westfield shopping complex.