The high-heeled woman is a complex construct, one designed for, and ultimately sanctioned to, the man-made environment. 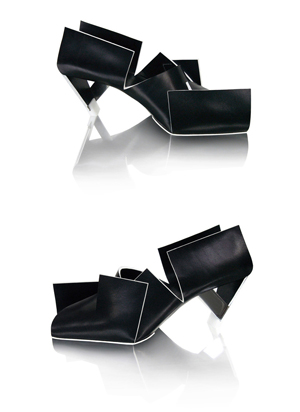 The work of the innovative shoe designer and Stanley Picker fellow Marloes ten Bhömer features on the cover of Vogue Italia (August 2013). Under the title Perfect Pieces the model can be seen wearing ten Bhömer's Blackfoldedshoe (2010) constructed from a single piece of folded leather, highlighting how the designer's highly experimental and research-based approach to footwear design is now being embraced by the world of mainstream fashion.

For London Design Festival (LDF) 2013 this September, the Victoria & Albert Museum in London is showcasing recent work commissioned through ten Bhömer's Stanley Picker Fellowship at Kingston University, in which she investigates the 'woman in motion' as an engineering problem and the role high heels play in the cultural construction of female identity.

Entitled A Measurable Factor Sets the Conditions of its Operation this new display continues research staged in an exhibition earlier in the year at Kingston University's Stanley Picker Gallery, presenting a series of investigative pieces, processes, tests and trials for a new footwear collection informed by engineering principles that purposefully shirks fashion trends and styles, based instead upon ten Bhömer's extensive research into the structural parameters required to support a foot (in a high-heeled position) whilst in motion. This series of structural, aesthetic and cultural experiments reveal links between rationalised parameters, aesthetic intuition and structural understanding, the new display for LDF relating to objects in the V&A permanent collection.

Ten Bhömer has been testing the prototype designs in collaboration with sports scientists at Kingston University, where she is now continuing her investigations as design research fellow.

The designer is discussing her working practice at a special LDF lecture at 2.00pm on Monday 16 September in the V&A Hochhauser Auditorium (free event; no booking required) with her work showing in the Museum's Fashion Galleries throughout LDF from 14–22 September. 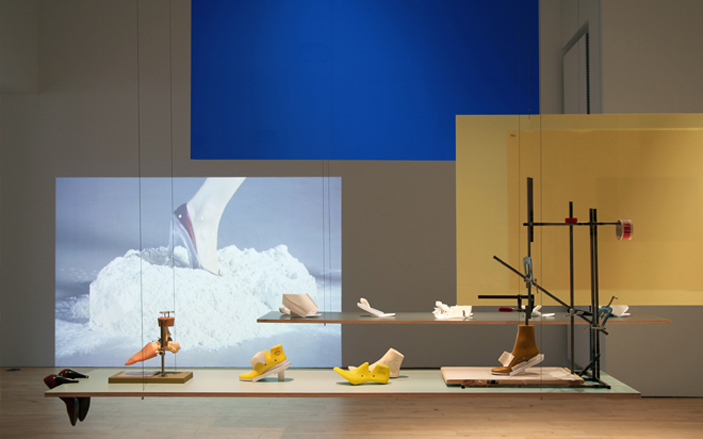