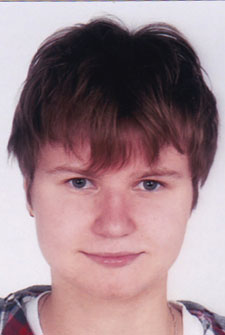 Kingston University law student Karline Zuravlova has some simple advice for the latest crop of A-level results recipients - if you had a pleasant surprise when you got your grades, make sure you think carefully about the next step in your academic career.

With a godfather and aunt who are both lawyers, Latvian-born Karline caught the bug for the profession at an early age. Although initially contemplating the offer of a place at another university, the 20 year old realised as soon as she ripped open her results envelope last year and saw she had achieved two As and a B that her options had dramatically improved.

"My initial university choice was in the east of England but I'd always dreamt of studying in London," she said. "With the Old Bailey, Court of Appeal and many barristers' chambers based in the capital, it really is the seat of the British legal profession." Karline quickly decided to see if she could use the adjustment process to find a better course that was also closer to the epicentre of the English legal establishment.

Her marks gave Karline the opportunity to apply for adjustment - a service offered during the Clearing period when people are looking to snap up one of the last remaining university places available. It allows students whose grades are better than anticipated to trade up to a more competitive course at a different university rather than remaining tied to their original choice.

"I had done my research beforehand and I knew Kingston would be the ideal place to study law so I got straight on the phone to their Clearing hotline immediately," Karline explained. After speaking to a helpful operator who put her through to one of the course tutors, she was offered a spot on the Kingston LLB International Law degree and has now just completed her first year.

Kingston was definitely providing her with a solid grounding for a future legal career, Karline said. "We are offered a great mix of theory and practice," she explained. "I've been able to take part in mock courtroom debates, for example, which have been ideal training for me as I'm leaning towards becoming a barrister."

Karline's course has now covered several topics including land, public and contract law and she will shortly move on to the subject she finds most fascinating - criminal law. She has also thrown herself into wider university life joining the tennis society and sports club as well as getting in some extra debating experience in the law society. "I can't wait to begin my second year and I'm so happy I was able to come to Kingston Law School," Karline said. "Adjustment worked for me and picking up that phone really was the best decision I ever made."