Next government urged to unlock the potential of small businesses 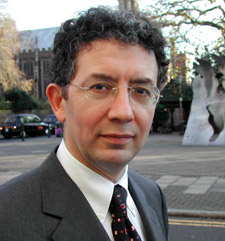 The next government must get to know Britain's small businesses and implement fewer, but slicker, policies if it wants to accelerate economic recovery, according to a Professor from Kingston University.

Professor Robert Blackburn, Director of Research at Kingston University's Business School, said small and medium-sized enterprises could play a vital role in helping the country return to sustained economic growth. But he believes the party in power after this week's general election must learn more about the businesses that make up the sector if it wants to develop policies that will unleash their full capabilities.  "Politicians need to learn about the diverse identities and views of Britain's small firms," he said. "The next government cannot rely on broad descriptive data if it wants to develop effective, evidence-based policies that unlock their potential to fuel economic growth."

According to Professor Blackburn, one of the UK's leading small business researchers, robust evidence about these firms and their owners, including detailed information about size, industry, location, owner characteristics and ambition for growth, are pre-requisites for sound policy-making. "It is imperative that this evidence base is sufficiently fine-grain to capture the diverse activities, contributions and challenges of small firms operating in a variety of contexts," he explained.

His comments came in a report by the Association of Chartered Certified Accountants (ACCA) which set out recommendations for the next government on how to get the most out of the SME sector. According to the report, entitled 'Accelerating Recovery', small and medium-sized enterprises account for 59 per cent of all private sector employment, just over half of the UKs economic output, and almost three quarters of all net job creation. This manifesto for small business support, produced by the ACCA's SME Committee, gives recommendations against eight key themes.

It suggests a package of measures that Professor Blackburn and his fellow experts on the SME committee believe will enable small firms to help rebuild the UK's prosperity. These include reforming business support, developing evidence-based policy, improving access to a range of different types of finance, improving the quality of regulations and regulators, investing in enterprise skills development and providing clear and simple tax incentives.

"The SME Committee brings a unique perspective to each of these policy areas," committee chairman Professor Francis Chittenden said. "We believe that this document should be read by every existing and potential Member of Parliament. The economic future of the UK, and the return to economic growth, will depend on the contribution the UK SMEs are enabled and encouraged to make."

The report calls for improvements in the way government interacts with small and medium-sized enterprises, but also warns against lack of continuity and what Professor Blackburn describes as 'initiative-itis'. "What the sector really needs is fewer initiatives, but ones that really work," he said, "We need to be able to measure the impact of those initiatives and policies so that we can learn what is successful."

Professor Blackburn pointed out that a recession could be a great opportunity for some firms to think innovatively and improve the way they do things, but government needed to provide businesses with the right support infrastructure. "The evidence shows that small firms are incredibly resilient," he said. "The key is to provide them with an infrastructure they can plug into to ride out recession."