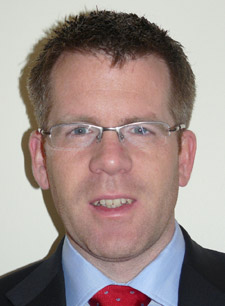 The soaring pay of Britain's top bosses has outraged the public and angered shareholders. But new research from Kingston University has found that chief executives earn their money when it comes to incentives linked to how well their company performs on the stock market.

Lead researcher Mark Farmer said his findings overturned previous studies showing that chief executives' pay was largely linked to the size of the company they managed. "It might not be a popular conclusion but, based on my data, chief executives are receiving rewards based on their actual performance," Mr Farmer, a former pay consultant in industry, said.

He advised shareholders and regulators seeking a fairer pay policy to tie bonuses to long-term performance and to question the size of extra cash payments for items such as relocation and housing expenses and school and signing-on fees.

In one of the most detailed and extensive surveys of its kind, Mr Farmer and his colleagues in the university's business school analysed the pay of chief executives from 205 of the largest, non financial UK companies including British Airways, BT, GlaxoSmithKline, Marks & Spencer, Sainsbury's, Tesco, Unilever, WH Smith and Vodaphone, between 2003 and 2007.

The research looked at each company's total shareholder return, which includes share price appreciation and dividends, over a one year and a three year period. In both cases chief executive pay was tied in to a company's success or failure, with a particularly strong link after three years. "Shareholders and regulators might therefore want to ensure that performance pay is tied to long rather than short term performance," Mr Farmer suggested. During the period of study however, short-term incentive pay as a proportion of basic pay shot up from 50 per cent to 91 per cent. Long-term incentive pay increased from 43 per cent to 75 per cent. The research also revealed that executives had to outperform their industry rivals in other companies to receive the maximum in incentive pay.

"My research may help to alleviate the concerns of stakeholder groups that pay is not clearly linked to corporate performance," Mr Farmer said. He said the findings would be of particular interest to investors who expected executive reward to be tied to company and shares performance. The results also showed that the new rules on disclosure of executive pay were working to the benefit of shareholders.

Regulations introduced in 2002 forced companies to disclose details of their bosses' remuneration and allowed Mr Farmer to hand collect data that would not previously have been available. Unlike most previous studies he used figures showing the rewards that chief executives actually received based on how their company performed, rather than estimates of their maximum potential earnings. He also looked at the individual elements of chief executives' pay - basic pay, short-term incentives based on company performance over one year and long-term incentives over a three year period. Previous studies, based on cash payments or total pay, found that company size was the main factor influencing executive pay with only a weak link to company performance. 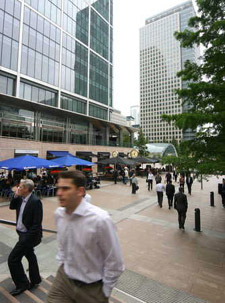 Mr Farmer's analysis of company remuneration reports also highlighted examples of large cash payments made to chief executives, including relocation costs of £835,000 (amounting to half his basic pay) paid to Vodaphone's Arun Sarin and a £1.25m signing on fee paid to Marks and Spencer's Sir Stuart Rose. "Shareholders and regulators seeking a fairer and more transparent pay policy should focus on elements of pay such as school fees, housing allowances and joining fees which are not related to performance," Mr Farmer said.

He added: "Much of this information is hidden away in remuneration reports which can run to 15 pages or more and take hours or days to wade through. Shareholders just don't have the time to go through them. The regulators need to give companies a template to make their remuneration policy clear and transparent."

Anglo American: Cynthia Carroll received relocation costs of £426,000 (almost half of her basic pay) in 2007

Vodaphone: Arun Sarin received relocation costs of £835,000 (three-quarters of his basic pay) in 2003