The benefits of a university to local communities and businesses are 'often under-valued and unnoticed,' according to Edward Davey MP, newly-appointed Minister in the Department for Business, Innovation and Skills.

"In Kingston, for example, the University has helped local people who lost their jobs during the recession to find work, linking up with the local Chamber and the council to provide mentoring, network and advice," Mr Davey said.

Economically, universities bring jobs to a region, in addition to the spending power of staff and students, he added. "The benefits economically, culturally and socially are real and huge. It brings all the excellence in education, skills and learning that a University provides. Culturally and financially, Kingston University supports the town's Rose Theatre, and is also involved in many public events - such as the Kingston Readers' festival - which probably wouldn't happen if it wasn't here."

Professor Peter Scott, Vice-Chancellor of Kingston University, said the institution had an annual budget of almost £200 million, employed more than 2,000 staff and enrolled more than 23,000 students. "That creates a lot of jobs and a lot of demand," Professor Scott said. "The standard calculation is that the economic impact of a university is two-and-a-half times its budget - so in Kingston's case it is half a billion pounds. Every year more than 5,000 people graduate from the University. Many are local, and many more will at least begin their careers in and around Kingston. Some will already have contributed to the local economy by taking on part-time jobs when they were students." Figures released by Universities UK show 65 per cent of UK graduates stay and work in the same region after graduation. 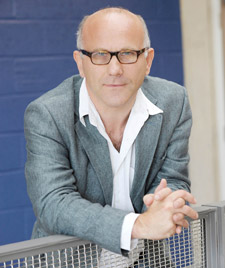 Artistic Director of The Rose Theatre,Stephen Unwin said the University had changed Kingston for the better. "I grew up in Kew, and back then Kingston was best-known for Bentalls and a lively nightclub scene. Since then the University has developed and become a tremendously ambitious, vibrant and exciting place, and combined with the redevelopment of the riverside and the huge presence of the Rose, the town is now an educational and cultural magnet. It's becoming more and more a place where people want to live and to visit, to bring up their children."

The Rose had a substantial effect on the local economy, Mr Unwin added. "University graduations are held at The Rose, and they bring enormous numbers of people into the town centre, visiting our local shops and restaurants, as do our major productions."

Mr Unwin pointed out that unlike some other theatres in the area - Richmond and Wimbledon - the Rose produced its own shows in addition to receiving them, even though it received no funding for this from the Arts Council. This July's International Youth Arts Festival, centred on The Rose, features a range of performances from local young people, including the University. "We're not a posh, red-velvet-and-gold theatre," Mr Unwin said. "Like the University, we're a robust, fun, modern place. Going to the theatre in London is expensive, but our cosy 'pit' of cushions right by the stage costs just £8 a seat - so we're making theatre accessible and affordable for all. Frequent free events in the foyer include concerts, readings, signing for babies and Shakespeare. I'm proud that we cater for a diverse community, offering the whole range from intellectual productions to this summer's fun show Dancing Queen."

Stephen Unwin and Edward Davey MP also praised the behind-the-scenes volunteering work carried out by university students. Each year around 400 Kingston University students give their time to the local community through the Students' Union Volunteering Department. Recent projects include coaching primary school pupils, mentoring adults with learning difficulties, teaching IT to the elderly and cleaning up the Hogsmill River - amongst the junk removed were taps, a goal post and a computer motherboard.

"Community volunteering is immensely beneficial to both students and the local area and its residents," said Alex Britton, Volunteering Co-ordinator for Kingston University. "I routinely speak to students whose university experience has been radically enhanced by their volunteering, and to community groups whose work has been lifted and whose load has been lightened by those students." Across the UK, 67,000 students volunteer with a charity each year and the most common reason given is a desire to help in their local community.

Ed Davey MP added that he understood any local residents' concerns that students could occasionally be noisy. "That has to be dealt with, of course, but what we need to do is find a way to help our community understand what a precious resource it has on its doorstep.

The University's Community Liaison Adviser, Anne Barr, said the University was continually striving to improve its relationships with local residents. "We attend residents' meetings as well as holding our own events to open up the University and share its facilities," she explained. "We also send regular bulletins to all our neighbours to update them on University activity and work closely with the local councils and Kingston Town Centre Management Group to try and ensure we are both an active, and positive, force in the area."