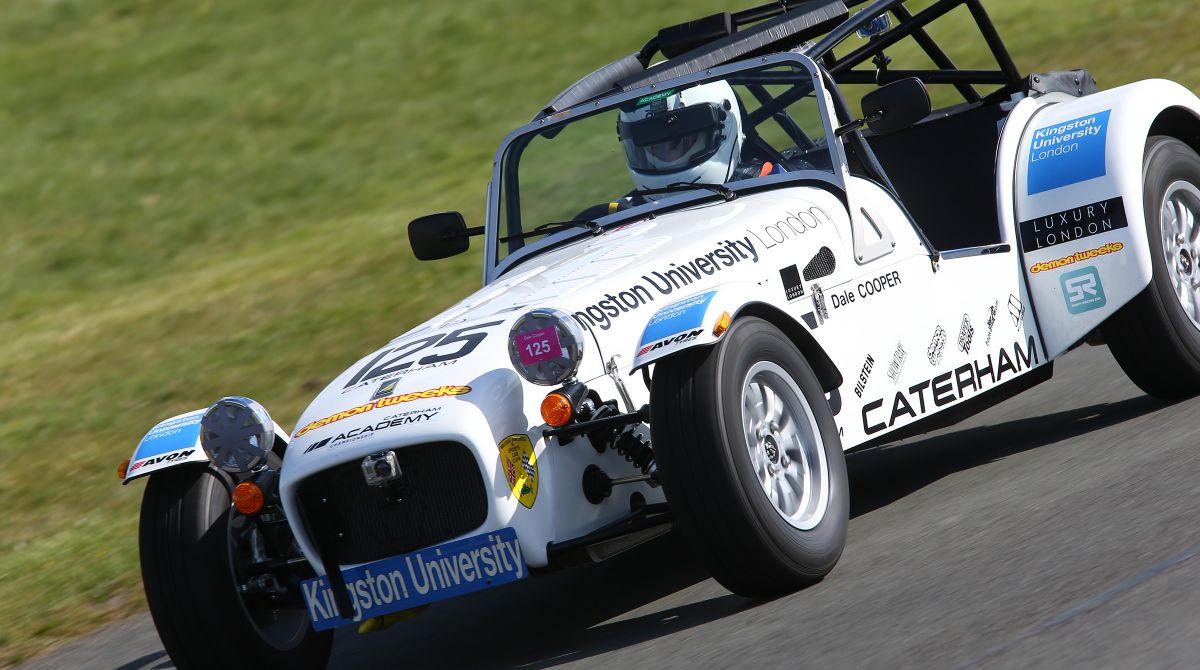 Fuelled by a passion for motorsport, three Kingston University engineering students have taken on the challenge of building a Caterham racing car and are travelling around the United Kingdom to compete against other amateur teams. Using a Caterham 7 kit - a car that arrives in flat-pack form - Tom Hart, Andrew El Hajj and Riccardo Antonini have assembled the vehicle from its individual parts to race in the Caterham Academy Championship series.

"This is the first time in recent years we have done something quite of this magnitude," automotive technician and team leader Dale Cooper, who supervises the students and assumes the driving seat when the car takes to the track, explained. "As well as giving students hands-on experience of building a vehicle, it's also a great visual training aid. I've even used the car several times in the workshop to show how various parts are put together." he said. 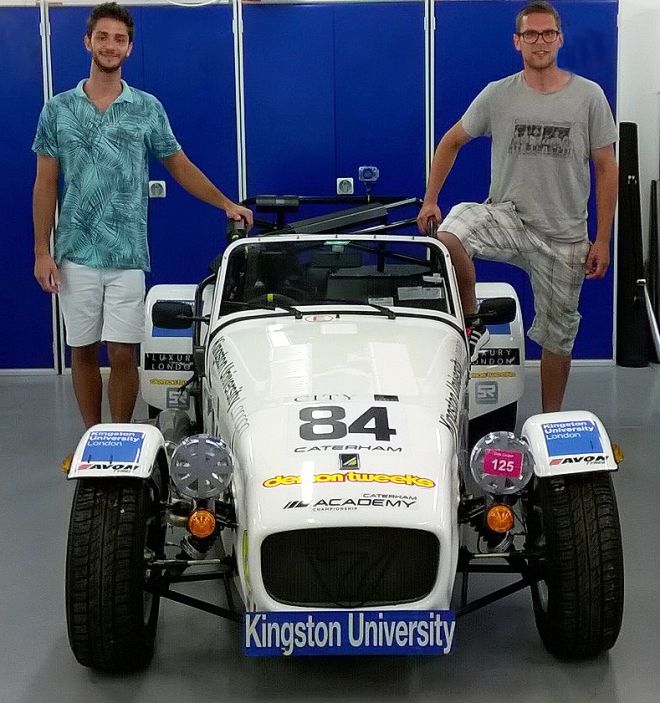 Kingston University students Andrew El Hajj (left) and Tom Hart (right) with the Caterham 7 car.Motorsport engineering student Tom Hart said the chance to get involved in the project had been too good to miss. "I had previously spent a season as a technician with Ginetta - a very similar single-branded racing competition - and thoroughly enjoyed it so I was really keen to be part of the Caterham team."

Mechanical engineering student Andrew El Hajj was equally excited at the prospect of the challenge. "We're all passionate about cars and love getting our hands dirty," he said. "I thought it would be the perfect opportunity to get in to the lab and learn more about car mechanics."

The team began to assemble the car earlier this year, taking almost two months to complete the construction. The car passed its Individual Vehicle Approval (IVA) quality check in March, allowing it on to the road. Since then team members have been testing and developing the vehicle to hone its overall performance and turn it in to a race car.

The car first took to the track at the Aintree Sprint and then at Snetterton - where a competitive weekend culminated in a tenth-place finish out of 26 cars on the grid. Next up is a race at Croft, North Yorkshire this month, with the season ending in October.

Andrew said this experience could put him in pole position in terms of his future career prospects. "This project has been all about application - we're applying the skills we've been taught in a real life environment," he explained. "As a mechanical engineer, if I decide to start a career in motorsport this has been the perfect grounding. It's exciting to be able to say I've already built a car."

For Tom, the chance to get practical experience alongside his lectures was one to be relished. "We've had to balance our work on the project with our studies, also fitting in time during the week to visit the labs" he said, "The facilities at Kingston University have been absolutely brilliant. We had access to all the equipment to enable us to do our job properly and I couldn't have wished for better support."

Tom applied to the course as he was keen for a new challenge and the opportunity to gain essential on-the-ground know-how. "I fell in love with the motorsport industry and wanted to do something productive. Kingston University offered the most practical and hands-on approach to motorsport engineering" he said.

The Caterham Academy project is just one example of Kingston University's drive to provide students with practical opportunities to enhance their learning. Mr Cooper said one of the highlights had been being able to see the project develop to the students beginning to make more of the decisions themselves as they built up experience along the way. "I'd love to see those who took part this year  take a senior role within a similar project next time around - teaching a new group what they have learned," he said. 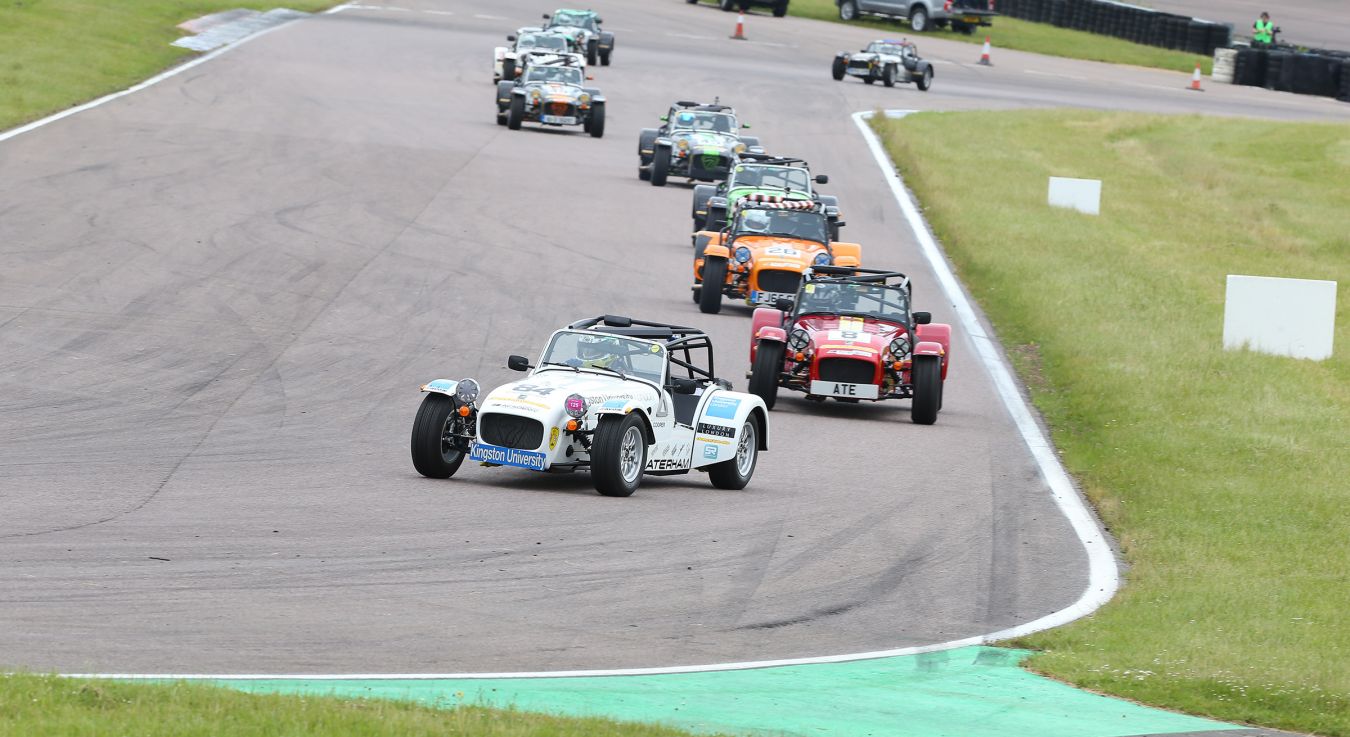