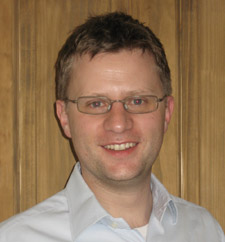 A Kingston University graduate has set up a charity that is raising money to build a centre in a remote part of Uganda that will train local teachers and house UK volunteers.

Ben Cooper's charity Educate (Education and Development for Ugandan Children and Teachers) is trying to raise £13,000 to provide a community and teacher training centre that will accommodate up to eight visiting teachers or education students in the Kamwenge district of south west Uganda. The Equatorial Centre will also serve local community groups and hopes to be the first in the area to offer internet access.

Ben, 35, a former speech writer in the Ministry of Justice, went to the area three years ago while studying for his Postgraduate Certificate in Education at Kingston University. On his return, he set up Educate to build the new centre and encourage an exchange of skills between teachers in the UK and Uganda. "That experience in Uganda was one of the best things I have ever done in my life," Ben said. "I was moved by the people that hosted me and by the children's enthusiasm for learning. It motivated me to come back home and do my bit." 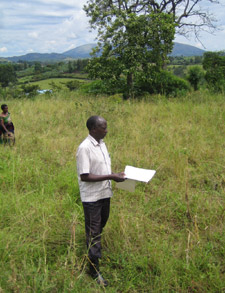 With class sizes of up to 60 children of all ages and no electricity or running water, Ben found teaching in Uganda very different to his current job as a teacher at Bell Farm Junior School in Hersham, Walton-on-Thames. Nevertheless he said Uganda could offer valuable lessons. "Having so few resources and such large classes teaches you to be more flexible and you can see how a little support makes a huge difference," said Ben. "In Uganda education is seen as something that transforms children's lives while in this country we tend to take it for granted; it gives you a sense of humility and makes you realise how lucky we are."

He said the centre would also be used to help train teachers in Uganda. "Teaching in Uganda is rather old-fashioned, with lots of rote learning. We can offer a more interactive approach that doesn't require any more resources."

Education students who have worked in Ugandan schools raised £5,000 by competing in the Kingston half marathon, enabling the land for the centre to be bought and the foundations laid. But the project still needs £13,000 to build bedrooms, bathrooms, a kitchen and dining room, staff houses, a recreation area, offices and a community hall in time for a planned opening next summer.

At present Kingston University students who visit Kamwenge stay at the home of a local headmaster, Robert Kamasaka, whose children have to move out of their rooms to make way for visitors. The new centre would provide a more sustainable, long-term solution to housing volunteers.

Running costs would come from renting the rooms to tourists when not in use by volunteers and through charges to community groups for use of the hall.

Lecturer Andrew Powell, from Kingston's School of Education, helped organised Ben's trip to Uganda in 2007 and is now an Educate trustee. He said that Kingston University had been sending education students to Uganda since 2006 and also had links with schools in Nepal, India and South Africa.  "It is an important part of our education programme for student teachers.  We want children to learn about the world around them and to understand their place in it," he said. 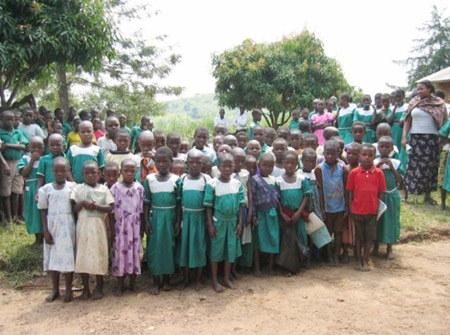 Anyone who would like to make a donation to the Equatorial Centre can do so at www.justgiving.com/educate.