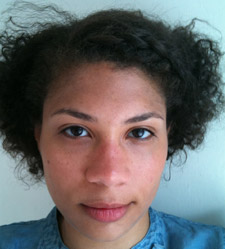 Poems by two Kingston University students have been chosen from hundreds of entries to feature in a new anthology of international poetry.

Lauren Lucien and Richard Newman will have their work published in The Strand Book of International Poets, which is out later this summer.

Lauren said her poem about political correctness was inspired by her experience of being British with an African Caribbean background. "I wrote the poem after someone asked me where I was from. I'm British, of mixed race; my grandparents are English and Jamaican. It made me think about immigration in Britain and how the words we use about it are restricted by political correctness," Lauren said.

Lauren, 24, who is studying for a BA in Creative Writing and English Literature, said she had been writing poetry since she was at school in Walthamstow in north east London, where she went to the Holy Family Technology College. "I used to go to the library because my parents couldn't afford ballet lessons. I read a lot and reading made me want to use language to express myself," she explained. She would like to become a lecturer and teacher, encouraging young people and children to write poetry. "The whole point about poetry is that it's a positive way to express yourself; there just aren't enough opportunities for young people to do that," Lauren said.

Richard has two poems in the Strand anthology, entitled 'Could I Walk Their Mountains', inspired by four years spent teaching English in Slovenia, and 'Snow dogs but not huskies', written as a piece of coursework. "I started as a hip hop rapper in my teens but hadn't written any poetry for years until I came to Kingston where my passion was reignited, though now my poetry is more traditional," he said. Richard, 32, who grew up in west London and went to Chiswick Community School, has just completed a BA in English Language and Communications. He is considering returning to his earlier career in marketing, having worked as an account manager for film giants Twentieth Century Fox, but hopes to continue writing. "I would definitely like to be a properly published poet and I'm also aiming to have a collection of short stories published," he added.

Lecturer Siobhan Campbell of the School of Humanities said it was rare for undergraduates to have their poems published. "As a teacher of creative writing, it's always a pleasure to see students taking their work to a wider audience and it's often these first few publications that lay the groundwork for a career in writing or as a literature professional," she said. "Other students are inspired by the success of dynamic writers like Lauren and Richard and we wish them well in their future creativity and publishing." 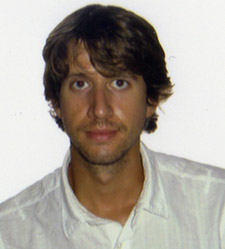 Lauren and Richard were honoured in the School of Humanities' annual awards and achievements show alongside English Language and Communications student Martyn Manson, who was awarded a prize for a coursework project which involved creating Facebook entries based on the diaries of Restoration MP Samuel Pepys. Martyn, 27, from Plymouth, said: "I took one month of Samuel Pepys' diary, July 1665, and translated it into Facebook status updates on replica pages created in Photoshop." He explained: "I wanted to take one of the earliest forms of communication - the personal diary - and see how it transferred to one of the most recent - Facebook status updates. It wasn't possible to include every detail from the diary because it's so detailed but otherwise it seemed to work."

We correct each other
shy away from one another
feeling shelless
crustacean pink
ready to be speared.

Snow dogs but not Huskies

Key to good poetry is to write something entirely meaningless

Pick ten arbitrary words and build a poem around them
Fill your sentences with clever tricks
Build an unlikely metaphor
As a Bricky builds a sea shore
Lace them all together like a pair of mittens
Made of chow dog hair
Throw in a dramatic reference
What is the correct image for a baby born with a needle in its arm?

Pursue meaning and it plummets from the page like iridium balloons
Play a mind game
Lie the words to sleep
Tuck them up, safe and warm
And watch it pour
Emotional splurge apparent as white stains on blue jeans
Write without emotion
See your soiled secrets slip out...