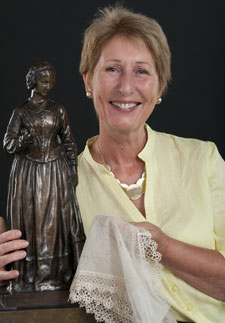 A major international conference on the history of nursing has been organised by Kingston University and St George's, University of London to mark the centenary of Florence Nightingale's death.

The event, which takes place from September 14 to16, aims to showcase innovative and scholarly work on nursing history. More than 300 nurses, midwives and other healthcare professionals, historians and experts from around the world are attending the conference at Royal Holloway, University of London.

Organiser Carol McCubbin, who is based at Kingston and St George's Faculty of Health and Social Care Sciences, said the event, International Perspectives in the History of Nursing, celebrated the profession and the contribution that nurses had made and continued to make to the development of healthcare across the world. "It's an opportunity to reflect on the history of nursing - how the profession has been shaped and what can be taken into the future," she said. "Nurse historians can be quite isolated because it's often a role they perform alongside another job, so it's also a great opportunity to share resources with others."

Conference highlights include a keynote presentation by Mark Bostridge, author of 'Florence Nightingale: The Woman and Her Legend' - the first major biography of the nursing pioneer in nearly half a century - on 'A Florence Nightingale for the 21st Century'. Mrs McCubbin said that Bostridge 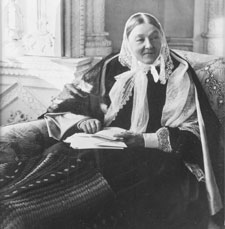 emphasised an alternative to Nightingale's "ministering angel" image. "She didn't just mop fevered brows - much of her work focussed on influencing national healthcare policy on issues such as ward design and sanitation," she said.

Nightingale, who set up the world's first secular nursing school in 1860, is generally seen as the founder of modern nursing. She died aged 90 on 13 August 1910 at her home in Park Lane, London. The importance of her work will be reflected in a conference debate led by Anne Marie Rafferty, Head of the Florence Nightingale School of Nursing and Midwifery at King's College London, exploring the Nightingale system of training and its influence on nursing in the late 19th Century. Speakers include Carol Helmstadter, a retired neurosurgical nurse from Toronto, Barbra Mann Wall, an associate professor of nursing at the University of Pennsylvania, and Judith Godden, an historian from the University of Sydney.

A workshop led by Kingston University history expert Dr Sue Hawkins will use case studies to show how databases and official records can be used to reconstruct the lives of nurses and hospitalised children in the 19th Century. Other sessions will include historical takes on such subjects as childhood diabetes, brain injury care, nursing older people, and the experiences of US military nurses in Afghanistan. The programme also features an evensong service at St Paul's Cathedral to celebrate Nightingale's life and work and a reception in the newly-refurbished Florence Nightingale Museum at St Thomas' Hospital in central London. 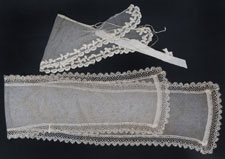 Nightingale became the UK's first female hospital governor when she was appointed to St George's Hospital towards the end of the 19th Century. A cap and lace worn by Nightingale and two letters have survived from that period. In one of the letters Nightingale complains about the quality of the bread served at the hospital. The items along with a bronze statue of Nightingale and the desk used by Dame Muriel Powell, who became the country's youngest hospital matron when she joined St George's at the age of 32 in 1947, will form part of a new collection of nursing memorabilia that celebrates the contribution of nurses to leadership of practice, education and policy. The collection, based at the Faculty's St George's site, will be opened to coincide with the conference.

Kingston University also has a Nightingale link - Coombehurst House, a Regency mansion now home to the Department of Music, was once owned by Nightingale's Aunt Mai. As a girl Nightingale used to stay at Coombehurst with her aunt and would have walked in the woods of Kingston Hill.