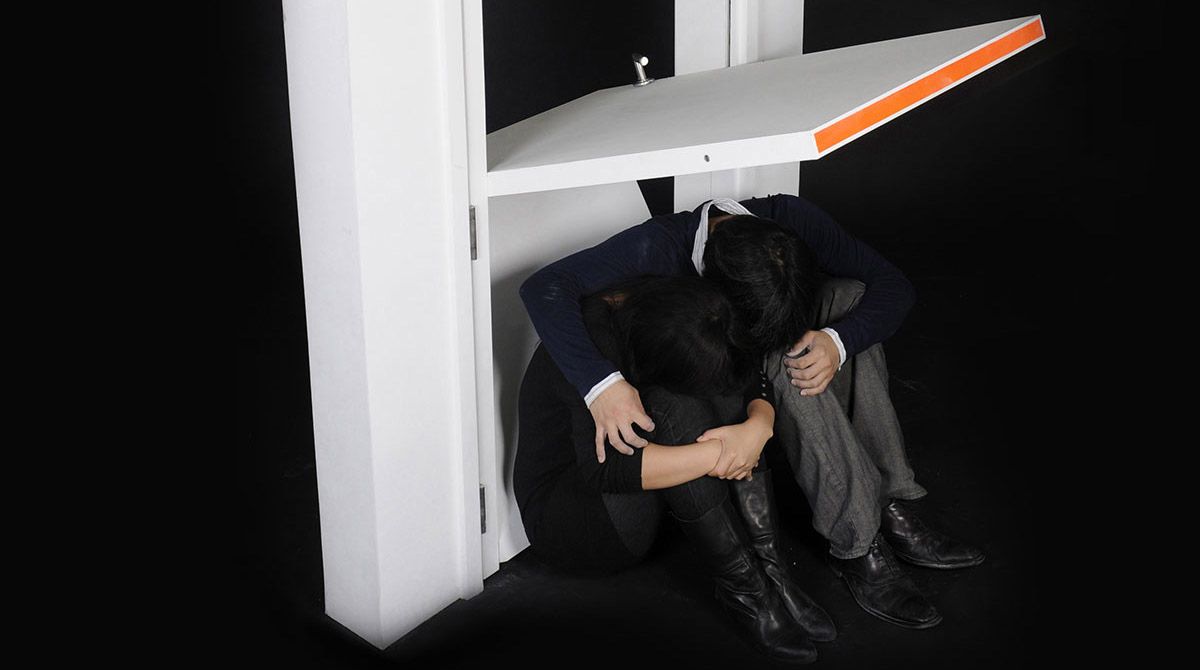 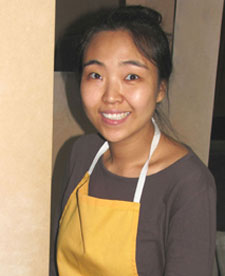 Younghwa Lee has been working on the project which, she hopes, could save hundreds of lives in countries where there is a risk of earthquakes. The MA Design: Product and Space student was motivated by the terrible loss of life in Haiti earlier this year to design a door, which can collapse so that it becomes a protective shelter.

"My starting point was the inherent strength of a door frame within a wall - they often remain standing when many of the supporting walls fall down. Also there are more doors inside most homes than there are people so everyone in the house should be able to find a door," Younghwa, who is studying on the MA Design: Product and Space course, said.

Initially, Younghwa's door looks unremarkable but, in an emergency, it can swivel horizontally on a central pivot a little less than a metre above the ground. At the same time, the door folds horizontally so the bottom half of it remains on the ground, anchoring it to the floor and providing additional protection.

There is a small cabinet built into the door frame in which Younghwa has housed a wind-up torch, sachets of drinking water and medical supplies. "There should be enough room for two people to huddle under each door," she said.

The student, who came to Kingston from the South Korean capital Seoul in 2009, says it should take only five seconds to convert the door into a makeshift protective capsule. Younghwa decided to tackle the impact of a natural disaster while she was sitting, frustrated, at Seoul airport when her flight back to the United Kingdom was delayed by the cloud of volcanic ash earlier this year. With the catastrophe in Haiti occurring only a few months earlier, she decided to focus on earthquakes. 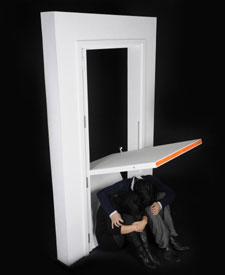 "Once an earthquake starts there are usually up to 15 seconds of relatively 'safe' vertical vibration before the destructive horizontal vibration starts," Younghwa explained. "The guidance for building occupants during an earthquake is to remain inside the building and take shelter under a strong table. My door is designed to be stronger and more stable than a table and - as it isn't a flat surface - most debris will slide off it."

Younghwa, 31, based her research on Istanbul as the US Geological Survey has estimated there is a 70 per cent chance the city will be hit by an earthquake measuring 7.6 on the richter scale before 2030, potentially killing as many as 150,000 people. She believes her doors could be inexpensively incorporated in many of the city's homes.

Kingston University's Design: Product and Space course leader Colin Holden said "Younghwa was brave to take on this kind of project because it would soon be very obvious if it didn't work. The principle of her final product is so simple and credible it makes you wonder why it doesn't already exist, and that's a rare achievement. I hope she pursues it further."

Younghwa is among the 150 Kingston University MA students who will be exhibiting their work at Tent London 2010 from September 23 -26 at the Truman Brewery in Brick Lane, London E1 6QL. Twelve separate MA courses will be represented encompassing the diverse worlds of design, photography, fashion, fine art and film and television. There will also be an exhibition of work by the University's alumni, including Jasper Morrison, David Chipperfield, Gitta Gschwendtner and El Ultimo Grito, entitled Made in Kingston.