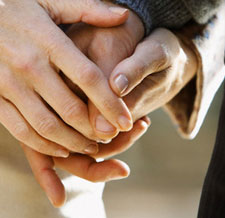 Men and women living in Kingston, Richmond, Merton and Sutton are being asked to  take part in the first major cross-European survey on domestic violence. The one million euros project, funded by the European Union, aims to improve the way European countries tackle the problem.

Researchers from Kingston University and St George's, University of London, have sent thousands of letters to people selected randomly from the electoral roll asking whether they would like to take part.

The researchers are keen to stress that respondents need not be victims or perpetrators of domestic violence; they believe that identifying the factors that make a relationship a healthy one are just as important as identifying why some relationships become abusive.

Lead researcher Dr Eleni Hatzidimitriadou, who is based in the Faculty of Health and Social Care Sciences, run jointly by Kingston and St George's, said: "We're doing this study to find out how people's relationships with their partners or ex- 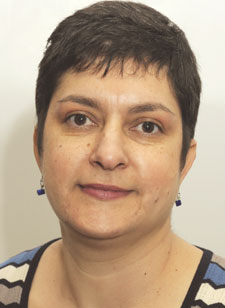 partners affects their health and wellbeing." She said the information would be used to examine the extent and causes of domestic violence in the UK and would help to improve services and policy at a local, national and European level. "We hope the information will influence local authorities and other organisations when they are planning services for people who encounter domestic violence," she explained.

The material provided  by Dr Hatzidimitriadou and her team from the School of Social Work will be compared with the results of research in Sweden, Germany, Greece, Hungary, Spain, Belgium and Portugal. The three-year study will examine existing legislation, policy and practice across Europe to help improve the way domestic violence is dealt with. "Our study will provide much needed European data that is vital for the development of effective policies and practices that are more in line with the daily realities of European women and men," Dr Hatzidimitriadou, a clinical psychologist, added.

People who take part in the survey will be asked a range of questions about their childhood, lifestyle, physical and mental health, and relationships with current and former partners. Questions on sensitive issues such as violence or abuse can be answered by writing down the answers, rather than giving them verbally. Interviews will last about an hour and will take place at meeting place chosen by the respondent - either their home or a public place such as the university, hospital or a library. Information will be kept confidential and names and addresses will be removed. Interviewees, who need to be aged 18-64, can withdraw at any time without giving a reason.

The project, entitled Domestic Violence Against Women and Men in Europe: Prevalence, Determinants, Effects and Policies/Practices (Dove) is funded by the EU's Luxembourg-based Executive Agency for Health and Consumers.