A new era in self-publishing 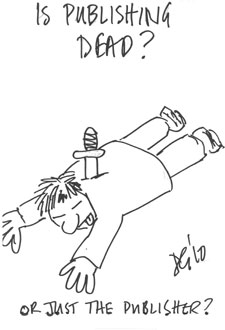 Authors who pay to see their work in print can hold their heads high, self-publishing has shed its awkward past and is now a respectable business - that was the message from a conference organised by Kingston University.

Alison Baverstock, an author who leads the university's MA Publishing course, said the industry should be renamed 'bespoke publishing' because it had moved so far from the old-fashioned image that only the most vain writers would pay to get published. Mrs Baverstock said self-publishing gave power and confidence to authors who had previously been reliant on agents and publishers. "The most significant theme that emerged from the conference was that self-publishing is now respectable," she said. "The embarrassment people felt about having the confidence to decide what they wanted to see in print and then managing that process themselves, is by no means so strongly felt today."

Mrs Baverstock, who has published sixteen books by traditional means, is so convinced of the virtues of self-publishing that she is considering going it alone for the first time. "I've got a memoir I've been sitting on for a while, it's a precious project and I feel very strongly about how I want it to look which is why self-publishing is the best way to produce it." 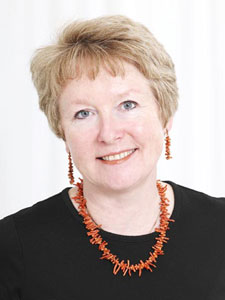 Around 80 people attended the two-day conference on self-publishing, which included a keynote talk by author and philosopher Julian Baggini as well as sessions on working with editors, publishing on  the internet, book design, budgeting and marketing.

In spite of the long list of well-known authors, including Jane Austen, Charles Dickens, Stephen King and James Patterson, who have paid to see their books in print, self-publishing has had a dubious reputation. "That's changed - there's now a much greater quantity of material being written which in turn has produced more quality products. Agents and publishers can't take it all on so some writers will go it alone," said Mrs Baverstock.

And as the power of publishers has diminished or turned to a reliance on celebrity rather than new writers, the power of authors was soaring, she said. "In the past authors have been marginalised by the publishing process but now they are becoming more important. They are essential because they create the content and this in turn gives them confidence and power." 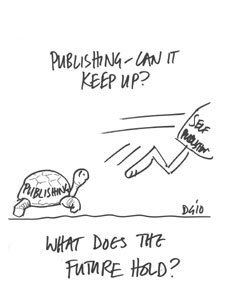 A vast number of companies and agencies have sprung up to meet the increased demand for self-publishing but Mrs Baverstock warned would-be authors to take time to research them thoroughly. "Know how you want your book to look and ask to see copies of what a company has produced before. It's also worth remembering that cheap isn't always best - editing a book for example should cost £18-22 an hour, so if a firm is offering to manage it all for you and has only £200 allocated for editorial, that's almost certainly not enough." She said another small test was to look at the text on the back cover of a self-published book - too wide and difficult to read may indicate a poorer product.

Self-publishing has always been well thought of as a means of producing specialist books or personal publications like family histories but now, said Mrs Baverstock, it also attracted authors who felt very strong about how they want their work to look and those who wanted more control over the process.