A top-ranking philosophy research centre has a new home at Kingston University.The Centre for Research in Modern European Philosophy (CRMEP) celebrated the move to its new home in south west London by announcing a partnership with the Department of Philosophy at Paris 8, a French university famed for its intellectual excellence and radical history.

The two universities will work together on research, staff and student exchanges and the creation of a new Master's programme following an agreement signed by Kingston's Vice-Chancellor Professor Peter Scott and Paris 8's President Professor Pascal Binczac. 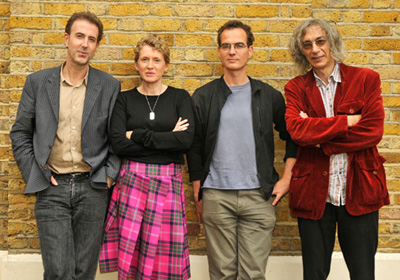 Professor Peter Osborne, CRMEP's director, said the collaboration with Paris 8 showed that the centre was flourishing. "We're delighted to be at Kingston and excited about the future. We hope the link with Paris 8 will be the first in a new research network in contemporary European philosophy," he added.

Paris 8 was founded in 1969 as a response to the wildcat general strike and left-wing protests that brought the French economy to a standstill in May of the previous year. Former staff include many of the best known names in French philosophy including Michel Foucault, the first head of philosophy.

Paris 8 is creating a new research centre to work with CRMEP, which moved from Middlesex University in north London. Middlesex's decision to shut CRMEP, which opened in 1994, was opposed by some of the world's leading philosophers including Noam Chomsky and Slavoj Zizek. An online petition to "Save Middlesex Philosophy" was signed by more than 18,000 people. 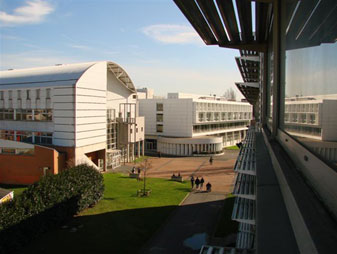 g the summer to ensure a smooth transition for staff and students.

The centre's relaunch was marked by a reception on October 1 at the Institute of Contemporary Arts in central London, attended by around 150 people.

Professor Martin McQuillan, Dean of the Faculty of Arts and Social Sciences at Kingston University, said he was thrilled to welcome the centre to Kingston. "Philosophy is the water that irrigates the arts, humanities and social sciences. It is fundamental to the very idea of higher education.  At a moment of economic crisis for universities in the UK it is more important than ever that we retain our capacity for critical thought," he said.

The centre, known for its expertise in subjects such as critical theory, aesthetics, Marxism and psychoanalysis, will be shared by Kingston's faculties of Arts and Social Sciences and Art, Design and Architecture, to ensure that its teaching expertise and research benefits a wide range of disciplines.

Dr Simon Ofield-Kerr, Dean of the Faculty of Art, Design and Architecture, said: "The centre is an important addition to Kingston's comprehensive portfolio, bringing established strengths and exciting opportunities for future developments, including working closely with colleagues in both fine art and architecture."