Dramatic ceramics give a new view of art history 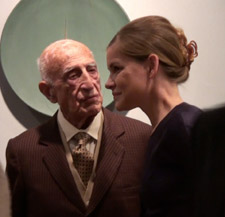 A Kingston University research fellow is challenging the 'scooters and espresso machine' view of 20th Century Italian design. In her book, The Hockemeyer Collection: 20th Century Italian Ceramic Art, Dr Lisa Hockemeyer reveals the forgotten work of Italy's artists and ceramists, whose dramatic pieces made up almost a fifth of all Italian exports during the 1950s.

Many of the privately-owned works are now on show for the first time in the United Kingdom. The art works form part of Terra Incognita: Italy's Ceramic Revival, an exhibition at the Estorick in Islington, London, which runs until December. Both the exhibition and the book question the current view of 20th Century Italian design history and call for debate so that the artists' work can be recognised. They were developed out of Dr Hockemeyer's PhD thesis, which she undertook at the Visual and Material Culture Research Centre at Kingston University, supervised by design historian Professor Penny Sparke and art historian Professor Fran Lloyd, as the work crossed both fields. 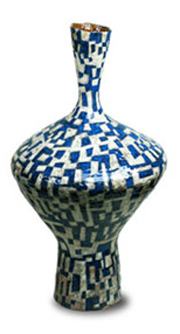 A chance meeting in an Italian coffee shop nine years ago ultimately led to the PhD research. Dr Hockemeyer fell into conversation with Vincenzo Lega, whose late father, Leandro, was a successful ceramist during the 1950s. By coincidence, Dr Hockemeyer's parents, Bernd and Eva, are well-known private art collectors and the Hockemeyer collection includes works by Leandro Lega. His son invited Dr Hockemeyer to stay in the historic town of Faenza for a few days, during which she visited many workshops and met some of the surviving artists and ceramists from the 1920s to the mid 1980s - some now aged in their 90s - and was inspired to research and tell their stories. Her book, featuring an introduction by renowned Italian design historian Professor Gillo Dorfles, offers a cultural and historical context to their work and gives a glimpse into their lives.

Persuading her father to loan some of his treasured art works to the exhibition wasn't easy. 'My father is not a collector who likes his art works to leave the house," Dr Hockemeyer said. "He's an old-style collector who buys pieces simply because he loves to look at them. It took nine years, a PhD and a book to persuade him to allow the objects to be exhibited."  Terra Incognita features 50 pieces - sculptures, vases, panels and plates -  showing a revolutionary approach to clay as an artistic medium, not purely a functional one. It includes work by Lega, plus sculptors Arturo Martini, Marino Marini, Lucio Fontana, Fausto Melotti, Leoncillo Leonardi, Giuseppe Spagnulo;  painters Roberto Crippa, Gianni Dova and Emilio Scanavino; and ceramic masters Pietro Melandri, Guido Gambone, Marcello Fantoni, Pompeo Pianezzola and Carlo Zauli.

"Dr Hockemeyer's work with us at Kingston University brought to light a huge number of stunning, previously unacknowledged objects, a vast amount of new material with which to interpret them, and a truly distinctive approach to thinking about the important interface between art, craft and design," Professor Penny Sparke, Pro-Vice Chancellor for Research, said.  "We are delighted that her study has led to such an exciting outcome." 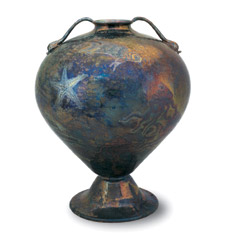 Professor Fran Lloyd added that Dr Hockemeyer's groundbreaking work spanned art history and design history. "We are extremely fortunate to have the opportunity to view the exhibition in London," Professor Lloyd said. "This is the first time such an extensive collection of Italian ceramics from the period has been shown in Britain, and it completely transforms our understanding of this significant but little researched area of European art and design."

Dr Hockemeyer, who now lives in Milan, praised the strong research culture at Kingston University's Faculty of Art, Design and Architecture. "I hope my new insights will spark a debate about the place that these artworks have in the history of 20th century Italian art, craft and design," Dr Hockemeyer said.