Spirituality on the slopes - vicar gains PhD in snowboarding 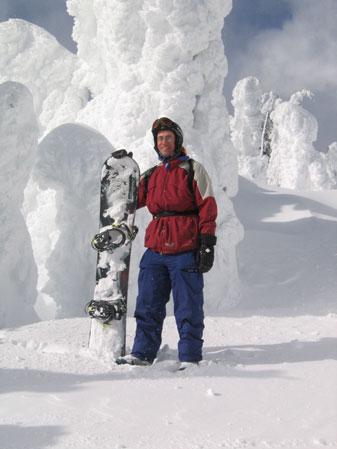 A Vicar from British Columbia has completed a PhD in snowboarding. Reverend Neil Elliot completed the study, which looks at the connection between spirituality, snowboarding and culture, at Kingston University in London. The Vicar, who practises in the Red Mountain region of British Columbia, came across the term soul-riding among the snowboarding community and wanted to explore what this meant. His research found that while church attendance was falling, spirituality was still important in youth culture on the snowy slopes.

Interviews with snowboarders showed whereas some riders wanted to impress onlookers on the slopes, others enjoyed snowboarding moments where they focused completely on their riding and were almost unaware of everything else. "I was fascinated by this term," Reverend Elliot said. "My aim was not to define it but to see what it meant for riders and whether it was spiritual. My research showed riders found it sometimes all went silent and it was just them and the snow, even the sensation of constant turning disappeared. They found moments like these were spiritual and they were completely focused on their riding, as if the board was guiding itself and they were just a passenger." 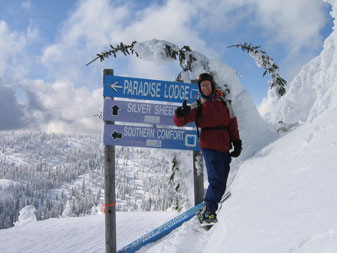 The study looked at the sociology of religion, spirituality and at culture and demonstrated how people could be spiritual without believing in religion. "While church and other religious adherence is shrinking, there is a continuing, if not growing, interest in spirituality," Reverend Elliot said. "People may not want church, but they are not content with a purely materialist view of life - they want to believe in something more, even if they don't know - or want to know what that something is. The reference to spirituality in soul-riding is an example of this interest in non-religious spirituality."

Reverend Elliot completed his PhD by distance learning as an overseas research student after moving from Birmingham to Canada in 2005. His research was supervised by Kingston University's Dr Sylvia Collins-Mayo one of the United Kingdom's leading experts on religion and spirituality. Dr Collins-Mayo said the study showed how spirituality was increasingly used within a number of areas of social life extending well beyond its religious connotations. "Spirituality is now discussed in relation to education, health care, popular culture and sports among other areas," she said. "This research seeks to bring clarity to the term soul-riding by considering how spirituality is lived out and understood in the specific context of snowboarding. Neil's approach provides a useful framework for exploring spirituality in other spheres of social life too."