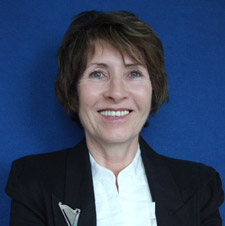 A leading mental health specialist has developed a new course to help qualified nurses deal more effectively with people who are very distressed and disturbed.

The course, which consists of around 100 hours of training, was developed by Professor Mary Chambers, from Kingston University and St George's, University of London and her colleagues.  It has been piloted at South West London and St George's Mental Health NHS Trust and three hospitals in Finland.  Now the European Commission has provided €200,000 between 2010 and 2012 to update, test and quality assure it in seven countries, including the Netherlands and Germany. The course, which involves both online learning and face-to-face tuition, will then be available for inclusion in mental health training programmes across Europe.

Professor Chambers said the course aimed to discourage nurses from responding to very disturbed individuals using coercive methods such as physical restraint or isolating them from others. Instead nurses were encouraged to use effective and ethically sound approaches such as better communication and allowing people to have more control over decisions about their care and recovery. "This should ensure that those with mental health problems receive improved care and will help to make their treatment more effective," she said. Professor Chambers said that initial results suggested that the training led to fewer violent incidents on inpatient wards.

"People tend to become distressed because they're anxious and don't know what is happening to them," she said.  "The key thing for the nurse is to be able to understand the individual and to establish a trusting relationship with them.  The relationship the nurse develops generates a feeling of respect and dignity for the person.  The nurse can then help the person to understand what is happening to them.  It's a much more humanistic way of dealing with the distressed person.  In the pilot hospitals in Finland, it has led to a new policy on the use of coercive intervention.  In future there will be much more emphasis placed on interaction and communication skills and less on control and restraint." 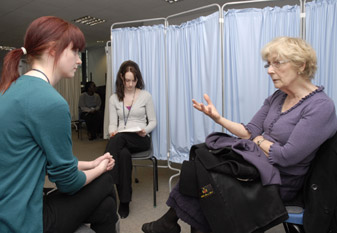 One of the nurses who attended the course was Sharon Thompson, a deputy ward manager at Springfield Hospital in Tooting in south-west London.  "Most situations that lead to patients being restrained are precipitated by professionals," she said.  "This course greatly assisted our self-awareness - we improved our body language which in turn helped us to present ourselves to patients in an accommodating way instead of being threatening or intimidating.  Instead of resorting to restraint we were able to de-escalate the situation before restraint became necessary.  It also gave us the chance to work with our peers and question each other's practice by asking why we did things the way we did."

The course was developed with the help of individuals with mental health problems who had themselves been subjected to coercive treatment methods and includes online role play games involving 'virtual' patients.  It was created as part of a project initially funded by €300,000 from the European Commission.

Professor Chambers, who also works for the South West London and St George's Mental Health Trust, found that female nurses and those in a more senior position were more likely to be sympathetic towards people with mental health problems. Attitudes differed across countries, with Portuguese nurses' attitudes being significantly more positive and Lithuanian nurses' attitudes being more negative than those in other countries. The Lithuanian nurses' views reflected attitudes among the general public in the Baltic republic, where organisations are working to reduce the stigma of mental illness, Professor Chambers said.