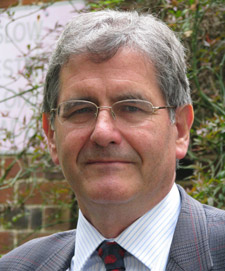 Older workers could prove to be a new and unique resource but risk being squeezed by pressures from their children, parents and employers, according to new research from Kingston University.

Speaking on the eve of the abolition of the Default Retirement Age, Professor of Corporate Responsibility and Working Life, Richard Ennals, said: "For many companies this will be the first time they have ever had employees who have working lives stretching back fifty years or more. If handled properly, their experience and knowledge could be invaluable."

Professor Ennals also warned about new pressures being exerted on the age-group he terms the jam sandwich generation. "Many former baby boomers now find themselves having to care for their parents who are now living longer, as well as supporting their children who are now finding it harder to achieve economic independence," Professor Ennals said. He has just published Older Workers in a Sustainable Society, drawing on research by academics all over the world into the impact of an ageing workforce. "In some cases they are even having to combine work with looking after grandchildren. They are the jam in the inter-generational sandwich."

The research was carried out in partnership with the Centre for Senior Policy in Oslo which is funded by the Norwegian Government. It also examined the impact of recession on older workers. "Trying to reshape the pension system in light of an aging population was always going to prove a challenge for policy makers," Professor Ennals said. "But in political and economic circumstances which have been described as a 'perfect storm', linked to the credit crunch and global economic crisis, it is bound to put even more of a squeeze on the jam sandwich generation."

Up to now, employers could dismiss employees when they reached 65, provided they had written to inform them six months beforehand. From April 6 this year, however, employers will no longer be allowed to send these letters. Professor Ennals proposes that businesses should regard their older workers as a valuable resource, rather than assuming that age necessarily implies medical problems.

On the prospect of people working into their seventies Professor Ennals said that automation, down-sizing and early retirement often led to loss of workers whose knowledge was vital to the smooth-running of an organisation. "Unfortunately, this is often not realised until after they've gone but if handled properly, these older workers amount to a new and unique resource," he explained. "Today, though, many older workers feel the world changing around them, without being able to participate in decision making."

Older Workers in a Sustainable Society showed how almost all developed countries were facing similar problems. It looked at experiments designed to address them, such as moving older workers away from the most stressful front-line roles or offering workers paid leave of absence to care for elderly sick parents. "In the UK, governments of all colours have long been reluctant to ask the necessary questions, and to commission research which might expose problems whose solution would require considerable expense," Professor Ennals said. "But they can't keep putting it off any longer."