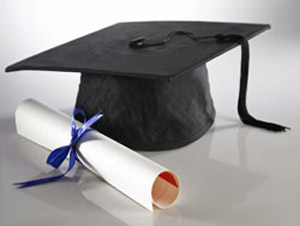 Kingston University intends to charge £8,500 for the majority of its courses when increases to tuition fees come in to force in 2012. Students enrolling at the University in south west London will be able to apply for programmes ranging in cost from £3,000 for some Foundation-level subjects to £9,000 for a small number of degrees.

While the University plans to implement the £8,500 charge for most of its undergraduate degrees, proposed fees will start at £3,000 for its Foundation Year programme and a rate of £6,000 will apply to Kingston's portfolio of Foundation Degrees. A fee of £9,000 will be set for the University's pharmacy and studio-based art and design degrees.

In the first year, almost £2.9 million of the income generated will be ploughed back into supporting students, particularly those from families with no previous experience of higher education and who come from low income households. This is projected to rise to more than £7 million.

Vice-Chancellor Professor Julius Weinberg said the University had weighed up a number of options before deciding on its proposed fees' package. He stressed that it remained determined to ensure Kingston students received the highest quality learning experience. "We are committed to delivering an inspiring education that transforms all our students' lives, both for their own good and that of society as a whole, and we want any student who will benefit from a university education to be able to come to Kingston," he said.

The University was acutely aware of the anxiety that existed amongst prospective students and their families about the affordability of a degree-level education, Professor Weinberg added. "From the outset, Kingston University has been very clear about its concern at the Government's desire to increase tuition fees and we have reached our decision after very careful consideration," he said. "Despite our finances having been very well managed for many years, like most other institutions of a similar size which offer an extensive range of courses, we have found that only this fee level will enable us to maintain a stable financial position in the face of significant funding cuts.  Senior managers will continue to work hard to keep costs down by pinpointing ways the University can operate more efficiently. Our fees' package is designed to ensure the long-term future of the University and will mean we can continue to invest in the teaching excellence that is so important to all our students. A university education at Kingston will remain one of the best investments that can be made." 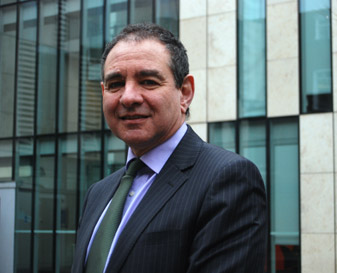 Students will not have to find the money up front when the new fees, which have been ratified by Kingston's Board of Governors, are introduced. Instead, they will be able to access loans to cover the cost. They will be expected to pay back the money in instalments once they have graduated and are earning at least £21,000. The fees will apply to students both from the United Kingdom and elsewhere in the European Union and are subject to approval from the Office for Fair Access (OFFA).

The University, which is highly thought of for its extensive work with students who are the first in their families to enrol for a degree, plans to offer a range of support to those from disadvantaged backgrounds. If OFFA approves Kingston's access agreement, more than 520 new undergraduates are expected to be eligible for assistance under the National Scholarship Scheme, in which a Government grant of £792,000 - the ninth highest in the country - will be match-funded by the University. Kingston will also establish its own scholarships specifically to support other first generation entrants from homes where earnings are less than £25,000. It has earmarked more than £1.5 million for this programme, which it expects will benefit at least 1,200 students.

In other initiatives, Kingston students will be handpicked to mentor potential first generation newcomers as well as others from black and minority ethnic backgrounds and low income families at special summer schools before they even enrol at university. Students, working with lecturing staff, will continue to support these undergraduates during the first year of their courses. "We want to do everything we can to be sure that all our students get the most out of their time at Kingston University, achieve the highest qualifications possible and move on to successful and rewarding professional careers," Director of Academic Development Michael Hill said.

Meanwhile, students right across the University are set to benefit from its plans to push ahead with major investment in teaching and learning facilities, which have already seen three new buildings open at its Penrhyn Road, Kingston Hill and Roehampton Vale campuses since 2007. Work is now well under way on a new £26 million Business School at Kingston Hill. Elsewhere, art and design students are eagerly awaiting the completion a major £11.4 million revamp of the Knights Park campus, where a new learning resources centre and improved studio space are among a number of changes in the pipeline.