Are you sitting comfortably? Professor looks at chair design through the ages 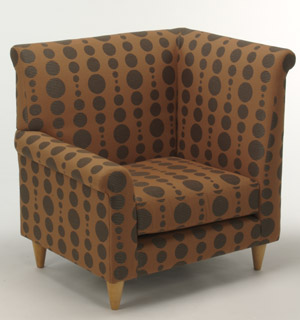 From the royal families of ancient Egypt to television's Royle Family of our own time, the chair has shaped and reflected society. Throughout our homes, cars, schools and offices, they are an everyday part of our lives. Now a professor at Kingston University has picked at the upholstery and written the untold story of this unsung hero.

"We take chairs for granted and rarely consider their history, design and craftsmanship or what they have come to symbolise," said Anne Massey, Professor of Design History at Kingston University. "The book isn't just about chairs, it's about our relationship with them - not quite from the cradle to the grave, but from the push-chair to the rocking-chair."

In the course of her recently published book, Chair, Professor Massey introduces us to, among others the Sussex chair, the Windsor chair and the Barcelona chair. She explains the origins of the Egg chair, the Sushi chair, the Rag chair and the Rib chair. And the picture-rich book also covers the Thinking Man's chair, the Antelope chair, the Springbok chair and the Tulip chair - to mention just a few.

"It's a fascinating subject because a chair is a designer's signature," Professor Massey said. "It's a very human thing to design, because it traces the shape of the human body. Our bodies have an intimate relationship with the chairs we sit on. 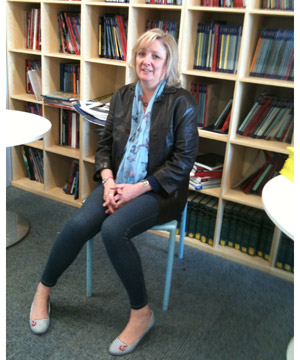 "It seemed surprising that no one had written a biography of the chair before. There have been accounts written from antique collectors' viewpoints and books that look at the place of designer chairs in modern art, but nothing that looks at the whole range of chairs, from the humblest seat in an NHS waiting room to the thrones of kings and princes."

In 2006, Mark Kuransky's 'Salt - A World History' showed how his subject has moulded civilisation. Similar claims can be made for the chair. In ancient Egypt it was a means of elevating pharaohs and other powerful figures above their subjects who would squat on the ground. Six chairs have been found in the tomb of Tutankhamen, including a golden throne. Chairs continued to denote status for thousands of years - at the court of Louis XIV, only the king and his immediate family were permitted to sit. By contrast, in London coffee houses of the same era the seating was deliberately organised to allow people of different social status to sit together as equals.

Kingston University itself has contributed to the history of the chair. The book looks at alumnus Jasper Morrison's Air chair, which incorporated computer-aided design and car-making technology, and the niche chair, designed by the University's sustainable design expert Jakki Dehn.

Not that designing a chair is an easy thing to do. "A chair is a very difficult object," Mies van der Rohe, designer of the Barcelona chair, told Time magazine. "A skyscraper is almost easier." 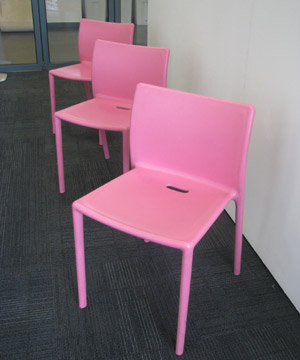 In the 18th and 19th Centuries, the development of factories, schools, hospitals, trains, cars and ocean liners all necessitated the development of new types of chair. The Buckinghamshire town of High Wycombe became a centre for chair-making, turning out nearly 5,000 a day. In 1880 the town greeted the Prince of Wales with a giant archway of chairs. Ten years later, the United States introduced the electric chair - a chair designed to execute its occupant.

In the 20th Century, modernists sought to give design the same importance as fine art, Professor Massey said. "The chair started to assume the significance of sculpture - it was the perfect object to place on a plinth in a museum," she explained, adding that nearly a quarter of the New York Museum of Modern Art's online architecture and design collection is made up of chairs.

Chairs continue to reflect class snobberies today. In American sitcom Frasier, the status-obsessed psychiatrist buys a plush Eames lounge chair - likely to have cost him around $5,000 - but becomes frustrated by his working class father's preference for a well-worn and ripped old lounger. In the British comedy The Royle Family, patriarch Jim Royle asserts his importance in the family through his permanent residence in the chair with the best view of the television. "The way chairs confer or take away power from the sitter really began to intrigue me as I was writing the book," Professor Massey said. She also looks at the chair's role in Harold Pinter's play The Homecoming, Jonathan Frantzen's novel The Corrections, the films Psycho and The Rocking Chair Rebellion and television programmes Mastermind and Big Brother.