War writers share tales of conflicts past and present 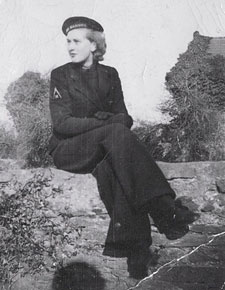 For centuries, the Armed Forces have used poetry and prose to describe the horrors of war. The celebrated First World War poets - Wilfred Owen, Siegfried Sassoon, Rupert Brooke - famously wrote powerful verses which still resonate today. But nowadays literary works about more modern conflicts, such as Afghanistan, Iraq or the Falklands, written by those involved are seldom seen. Now Kingston University aims to change all that, through a competition which has identified some of the best forces poets and authors.

Several hundred members of the Armed Forces, their families and friends submitted their poetry and prose as part of the Forces Stories and Poems competition. It was organised by the University to mark the 125th anniversary of the Soldiers, Sailors, Airmen and Families Association (SSAFA) Forces Help.

The competition was the brainchild of Kingston University creative writing lecturer Siobhan Campbell. "We had around 300 entries, coming from all kinds of experience of service life from catering to medical corps to front-line soldiers," she said. "We had people currently serving in Afghanistan, ex-World War II and even Burma. I was particularly pleased that there was no shortage of women entrants - in fact there were as many women as men." 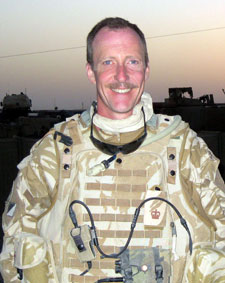 Among the commended entries was work by 42-year-old Major Hugo Willis who has served in the Army for more than 20 years in all corners of the globe. His entry, Letter from Afghanistan, was one of a series of letters written while he was on a tour of duty in summer 2009, serving as second in command of the Light Dragoons. "I wrote because I wanted to give my family and friends something different to what they might read in the newspapers," he said. "I wanted to give them a truly personal perspective, balanced against the challenge to not breach operational security." Major Willis, who was inspired after being given a box of letters from the Crimean War by his father, believes war prose and poetry is still relevant and the words mean just as much today as they have done in previous conflicts. "I think it's vital to get a first-hand account of what people see, think and hear. Otherwise we will only be left with what is in the history books," he added. 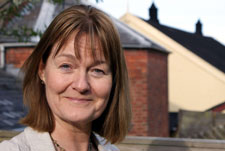 The entry which won top prize was a poem called Think Only This, a reference to a line in Rupert Brooke's most famous poem, The Soldier. It was written by 59-year-old Jill Sharp from Swindon. Her mother was a member of the Women's Auxiliary Air Force (WAAF) and her father served as an RAF flight lieutenant during World War II. "The inspiration behind my poem was the cemetery next door to my house in Swindon which contains 80 First World War graves," she said. "It's poignant to stand there and see details of those who fought and died. The War Graves Commission looks after all those graves and every year a paper poppy is laid on every single one." The last line of Jill's poem shows how little things have changed since World War I. "For all they went through 100 years ago, here we still are, young people are still dying," she said.

The entry which took second prize, Losing Liz, was by 81-year-old Heather Stapley from Crowborough in Sussex. Heather wrote about the untimely death of her best friend Liz Gladstone when she was in the Wrens serving at HMS Gannet, a naval air station in Northern Ireland just after the Second World War. "It's a long time ago but those days have an aura about them, so I really felt I wanted to write about Liz, but I never expected to get a prize," she said. "I had just qualified as a Wren when Liz came along and we became best pals." Just 18 months later Liz had the chance to fly in an Avenger aircraft to go home to Hatfield, Heather explained, but tragically the plane came down at Divis Mountain near Belfast and Liz was killed. "We always used to write little notes to each other - just silly little things. After she died I had contact from someone who had found her handbag, which contained a note from me saying something like 'Bon voyage and see you tomorrow'. That really made her death sink in and I remember so clearly how sad I felt."

The winning works are being printed in a celebratory booklet which is published by Kingston University Press, the University's commercial publishing arm, and all profits will go to SSAFA Forces Help. 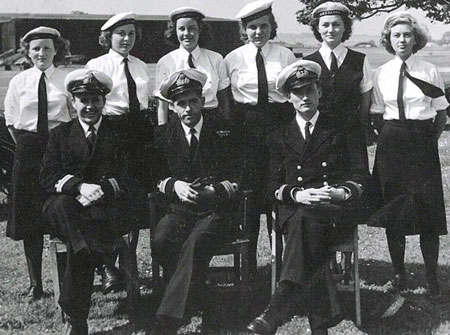