Government warned about dangers of changing employment regulations for outsourcing 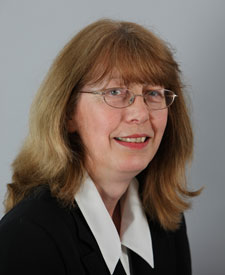 The Government should tread extremely carefully as it starts its review of employment regulations, according to research from Kingston University's Business School. In particular, politicians need to be more aware of the way outsourcing affects employees before abandoning the regulations that protect people who are transferred from one company to another.

Occupational psychologist at Kingston University, Dr Stephanie Morgan, said she wanted to investigate the effect of outsourcing because there seemed to be very little understanding of what it felt like to be outsourced. "Staff often feel let down, angry and uncertain about the future and experience a distinct lack of control," Dr Morgan said. "They also feel other people do not understand their experience."

Outsourcing is when entire departments or functions are transferred to a different company, often to save money. British law provides some protection for employees in this situation so they often carry on working for a new employer on the same terms and conditions. This is known at TUPE - Transfer of Undertakings Protection of Employment. Workers who have been outsourced may continue to deal with former colleagues but now be expected to treat them as clients. Businesses often transfer departments such as IT, payroll, cleaning and catering to specialist outsourcing companies who can take advantage of economies of scale.

These rules are now being investigated by the Government. Employment Relations Minister Ed Davey said some companies find employees' rights over-bureaucratic and "gold-plated". More public sector workers may find themselves outsourced over the next few years as the Government and councils try to cut budgets.

Dr Morgan believes the law does not guarantee employees a job for life. "The change-over normally does involve some redundancies and will almost certainly involve changes to working practices," she said. "In some cases people who object to these changes can be deemed to have resigned. Also, outsourcing contracts are often for just a set period, so employees can find themselves being regularly outsourced every few years. I know staff who are now on their seventh transfer."

Dr Morgan and her team interviewed more than 60 people who have been outsourced. In her research, she examined the complex mix of emotions staff in this position experienced. Some felt envious towards former colleagues who remained with the parent organisation, but also relieved that they themselves were still in work. Some even felt guilty if others had been made redundant in the process.

"There is often an assumption that managers know what to do when implementing potentially stressful change, yet my own research suggests this is not the case," Dr Morgan said.

She foresees particular problems if the coalition government outsources jobs in areas such as health, education and social services.  "Many people choose to work in these areas because they want to help other people. If they now find they are working for a private company whose main aim is to maximise its profits, they could find this very disorientating," she said.

Dr Morgan argues that outsourcing need not necessarily be demoralising as some people prefer to work in an organisation where the focus is on efficiency. She cites evidence that shows some outsourcing contracts can achieve substantial improvements which can make for a better environment.

"It's important that managers understand the range of emotions their staff are likely to feel. Often they distance themselves because they don't like to give bad news. Psychologists need to make them aware of the skills they need to reduce the stress on their teams. With the right input, those who focus on their strengths and embrace the change can do very well."

Dr Morgan says her research suggests that, although TUPE does not afford absolute protection, it does at least offer workers some comfort. "For many people working in the public sector these are very anxious times. The government should think very carefully before taking away those rights that offer them some reassurance," she concluded.