Research reveals keys to quality of life in old age

Maintaining social relationships and mobility in old age are so important for general well-being that some elderly people will go to extreme lengths to keep active, according to research funded by the Economic and Social Research Council (ESRC). Surveys conducted during the development of a new measure of quality of life in older people found that some people in their nineties continued to play bowls with the aid of new knees, arm extensions or binoculars to help beat double vision. 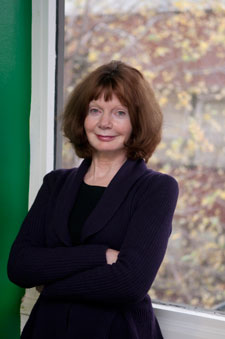 According to the research, developed by Ann Bowling, Professor of Health Care for Older Adults at Kingston University London and St George's, University of London, another key to happiness in old age is resourcefulness. One 85-year-old widower told the researchers he had developed a wooden sock horn so he could dry between his toes after the death of his wife, who used to help him because he couldn't bend down, and had even given some to other people with the same problem.

Outlining the research at a debate on how to measure what matters to people, Professor Bowling told an audience of 200 academics, policy-makers, government officials and representatives from voluntary groups that an essential requirement for coping with the challenges of older age was to build reserves of social support and self belief. "These social and psychological resources enable people to make the most of their skills, opportunities and abilities so  they can compensate when they can no longer do things," she said.

Opening the debate, Baroness Sally Greengross, chief executive of the International Longevity Centre-UK, said developing robust methods of measuring quality of life would help both the Government and individuals plan for the future. "Well-being means different things at different times to different people so we need precise methods of measurement," she said. "The long-term aim is to find out what can be done to improve the quality of life amongst older people."

Professor Bowling explained that it had been necessary to develop a new method of measuring quality of life in older age because previous questionnaires had relied on expert or top down opinions and measures such as income. The Older People's Quality of Life Questionnaire was developed from a series of face-to-face interviews with 999 people aged over 65, randomly sampled across Britain during a period of nine years, and further tested with two more national samples, one of which reflected ethnic diversity. "Quality of life is a subjective concept so we decided it was necessary to ask older individuals what their priorities were," Professor Bowling said.

The event at Staple Inn Hall in London on May 10 marked the national launch of a series of regional debates on quality of life in older age, being organised by the International Longevity Centre-UK and the Actuarial Profession in partnership with the ESRC.