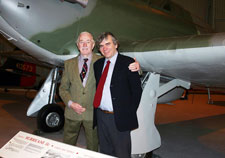 A Kingston University expert has made a documentary shedding new light on one of World War II's untold stories.  Roy Perkins, a lecturer on the MA in Film Making course, has produced a one-hour film, Hurricanes to Murmansk, about a secret RAF Wing which helped save Russia from defeat by Nazi Germany.  Its release has been timed to commemorate the 70th anniversary of Hitler's invasion of Russia in June 1941.

The documentary focuses on a little-known Anglo-Soviet air operation in August 1941, when, at Stalin's request, Churchill sent an RAF Wing (151) with Hawker Hurricane fighter aircraft and crew on board the first Arctic convoy to North Russia. Its purpose was to protect the strategic port of Murmansk - the vital supply route to the Soviet Union for the remainder of World War II - at the start of the German invasion. 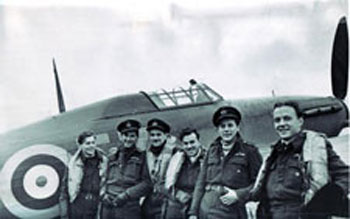 Mr Perkins wanted to make the film, a project started five years ago, to reveal the crucial part played by Russia in the defeat of Nazism.  "There were more Russians killed in the Battle of Moscow than British and Americans killed in the whole war," he said.  "Our understanding of history is largely coloured by Hollywood.  A lot of young people will look at Saving Private Ryan which suggests World War II was won on D-Day, but the majority of damage done to the German army was in fact on the Eastern Front. Russia's role isn't always properly recognised."

The story is recounted through interviews with veterans, unique archive footage and stills, and comments from renowned historians Richard Overy and Antony Beevor. It concludes with comments from the Russian Ambassador to the United Kingdom, who expresses Russia's gratitude for Churchill's crucial aid to the Soviet Union.

Members of the Wing who are featured in the documentary trained Russian pilots, provided fighter escorts to Russian bombers and flew numerous successful operations with them against the Luftwaffe.  Three thousand British Hawker Hurricanes were eventually supplied to the Soviet Union and 4 million tons of supplies were carried on the dangerous Arctic convoys to the northern ports of Russia, which 151 Wing helped secure.

Four members of the Wing were awarded the Order of Lenin, the only allied recipients of this prestigious military honour. The story of RAF 151 Wing was later suppressed by Stalin, and buried in the United Kingdom because of the Cold War. 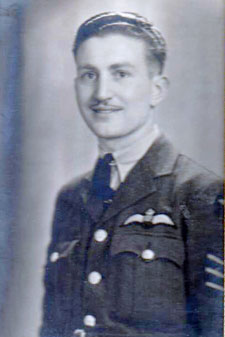 "I don't think the operation gets the credit it should because if Murmansk had fallen, I think the Germans would have beaten Russia and the whole course of history would be very different," 91-year-old former RAF 151 Wing pilot Eric Carter said.  "So Roy's film is a very important historical record. Of course we were all sworn to secrecy and nothing was said for many years.  Stalin did not want his people to know that he had asked the West for help and we were threatened with a court martial if we said anything."

The film was made with support from the RAF Historical Society, the Russian news agency Novosti and the Imperial War Museum.  It has already had a special screening at the Imperial War Museum to mark Russian Victory Day. The event, the Russian equivalent of VE day, is commemorated every year on May 9 at the Soviet War Memorial in the museum's gardens.  It commemorates the estimated 26 million Soviet military and civilians who died during the Nazi invasion of their homeland. A further screening at the museum is planned for later in the year.

Find out more about the MA in Film Making at Kingston University.