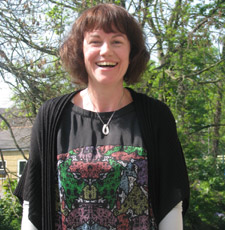 Kingston University researcher Dr Fiona Fisher will be going behind the rhododendrons and poking her nose into the drawing rooms and lounges of suburban southern England to  produce the first critical study of an architect whose designs helped shape the outskirts of London, where the capital merges into the home counties.

The study, which has attracted £81,272 in funding from the Arts and Humanities Research Council, will be based on the work of modernist architect Kenneth Wood who recently donated archival materials, including models, plans and drawings, private papers and personal photographs, to the University.

"While there has been a lot of research into - and comment on - London's urban architecture of the '50s and '60s, the outer boroughs have been largely neglected," Dr Fisher said. "The suburbs were a growth area, an arena in which a generation of modernist architects could establish their reputations."

Wood's practice designed private houses, small housing schemes, churches, offices, schools and recreational buildings. The firm's most significant private commission was a home and private gallery, built in Kingston for the managing director of Gala Cosmetics, Stanley Picker. Its other commissions include Hampton House, winner of Ideal Home magazine's 'House of the Year' award in 1961, and Torrent House which received a Civic Trust Award in 1965. 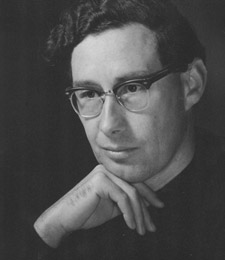 Since 2000, however, two of his houses have been demolished and others are now under threat. As pressure has grown on land in the suburbs, developers have identified the large sites on which many of Wood's properties were built as having the potential to be divided up.

"I hope that organisations which provide advice to planners such as the Twentieth Century Society and English Heritage, will find the research helpful," Dr Fisher said. "It will also be of interest to local authorities to understand the contribution that post-war buildings make to local identity."

Dr Fisher got to know Kenneth Wood while studying Stanley Picker's home and the architect, who turns ninety later this year, is taking a keen interest in her research. "Fiona has got a copy of just about everything that was ever published about our practice," the architect said. "We got considerable coverage in magazines at home and abroad and that helped us build up our clients," added Mr Wood, who still avidly reads the architecture press and follows developments in the profession.

The collection he has given to the University includes photographs from a trip he made to Canada, where he was influenced by timber-framed architecture. "The trip also confirmed my view that there had to be more respect for the environment," Mr Wood said. "I was horrified by the way the hinterland of Vancouver was being developed - it didn't seem a very sensitive approach. I think I would, rather cheekily, claim that there was a group of us who, a bit ahead of our time, were thinking about sustainability before it was in vogue to consider its importance," he added. 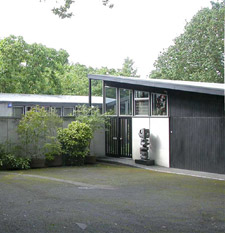 "Dr Fisher's research project will be the first to investigate the modernist houses of Kenneth Wood," Professor Charles Rice, head of the School of Art History at Kingston University, said. "Several of the most important ones, including the Stanley Picker House, are in the Kingston area. But crucially, Dr Fisher will establish the international influences in Wood's work, including his connection with Canadian architects, and their investigations into new building technologies."

Dr Fisher is part of the Modern Interiors Research Centre at Kingston University which studies the design of interiors in the period 1870 to the present. The Centre works across design history, architectural history, and visual, material and spatial culture and is currently involved in collaborative doctoral research projects with Historic Royal Palaces and the National Maritime Museum in Greenwich, as well as providing consultancy work to business and industry. 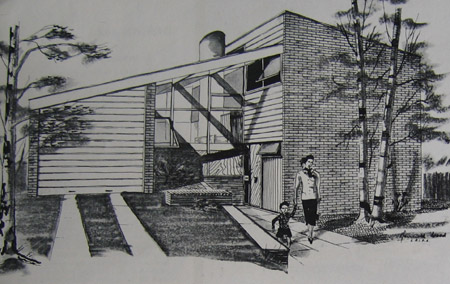