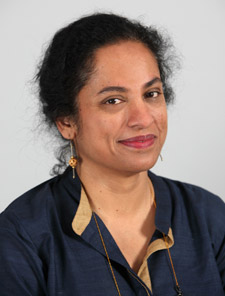 Students studying on human resource management courses at Kingston University in London have been given the job of interviewing some of the volunteers who'll be giving up their time to be a part of the London 2012 team organising the Olympic and Paralympic games.

While Sir Chris Hoy, Rebecca Adlington and Usain Bolt are grabbing the headlines, thousands of 'Games makers' will be welcoming people to London, helping with transport, language and event services, medical care and hundreds of other vital behind-the-scenes roles.

The marathon interviewing process to select these Games makers is the UK's biggest ever peace-time recruitment drive and will run for 14 months through to the end of March 2012. "Right from when we were approached to take part in planning this activity, I knew this would be a wonderful experience for the students and the staff who have been involved," human resources specialist, Dr Sunitha Narendran, said.

Nearly a quarter of a million people have jumped at the chance of volunteering and applied to be a Games maker at the Olympic and Paralympic Games. Final year undergraduates and masters students from Kingston Business School will help conduct some of the 100,000 interviews required to find the right people for the job. "It really is a unique opportunity for our students," Dr Narendran said. "Each student will conduct around 60 half hour interviews. How often does an HR student get a chance to conduct that many real job interviews with real applicants and real consequences before they even graduate?" And, on top of that, they will get the chance to be a part of the London 2012 team and help with an event which is being held in Britain for the first time in more than 60 years, she added. 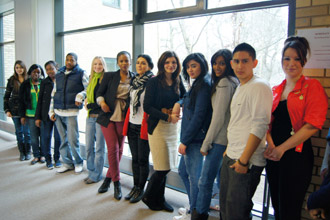 "The interview process is a huge undertaking, but vitally important to find the right people for the success of the London 2012 Games," the chairman of the London Organising Committee for the Olympic Games (LOCOG), Sebastian Coe said.

Undergraduate Jurate Rekute will be conducting interviews this summer. "It will be a brilliant experience for me. I really enjoyed the training sessions," she said. "But the real reason I'm so excited is that it's the London 2012 Games - I really want to be a part of it."

Kingston Business School is recognised as a Centre of Excellence by the Chartered Institute for Personnel Development. The students were trained to conduct the interviews by lecturers Dr Kirsten Alfes and Dr Amanda Shantz who were put through their paces by the LOCOG team at Canary Wharf.