The do-it-yourself way to a number one Kindle bestseller 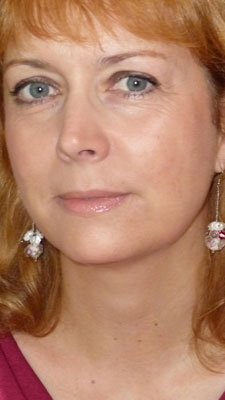 A Kingston Creative Writing MA graduate has achieved self-publishing success, topping the eBook download rankings for more than a fortnight, while making use of a controversial marketing technique.

Louise Voss, 42, originally had her book Catch Your Death, which she co-wrote with Mark Edwards, rejected by traditional publishers.  Then she decided to make it available for purchase on Kindle devices and apps using an Amazon service which allows writers to turn their manuscripts into digital books.  After several days in the top 100, Louise's work then took the number one UK download position where it has stayed for more than two weeks, achieving the top slot without being represented by a publishing house.   Another of the eBooks Louise co-wrote with Mark, Killing Cupid, also made the top-five of the chart at around the same time.

"We had actually written the book several years ago but we couldn't get any interest from literary agents," Louise said.  "When the Kindle revolution began, my co-writer Mark Edwards persuaded me that we should just go for it.  A friend designed the digital cover and we made it available in minutes.  I just assumed it would end up as number 37,000 on the Amazon charts.  Now, we've made the top spot for a fortnight and we've been selling up to 1,900 copies of Catch Your Death a day.  As far as we know, we're the first truly independent authors to get two of our books in the UK top five."

Priced at just 95p, Catch Your Death, a thriller about a race to save the world from a killer virus, beat off stiff competition for the number one spot from heavily-promoted titles from mainstream publishers like Michael McIntyre's autobiography, Life and Laughing.   "The huge advantage of having priced it really cheaply is that people think, 'What have I got to lose?'," Louise said. 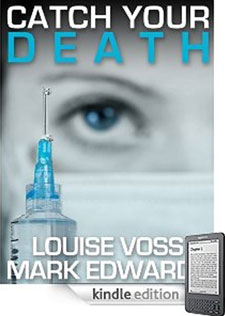 But its success was also down to very clever marketing.  To promote the book and help it top the bestseller list, Louise and Mark used an innovative device, currently causing something of a sensation in the world of self-publishing. The pair listed the full title of the eBook on Amazon as Catch Your Death (for fans of Dan Brown and Stieg Larsson). This cross-promotional tool - comparing one author to another - is used widely by trade publishers when launching new authors.

In a digital environment, this keyword technique, known as search optimisation, had the desired effect.   In fact it was so successful that Amazon decided to remove the 'subtitle', thereby blocking self-publishers hoping to market their work in the same way. "After four days the subtitle was removed," Louise said.  "While this hasn't affected the book's ranking at all, it does mark a sea-change in how self-publishers will be able to promote their work in future.  Cross-promotion is used by book publishers every day, but despite Amazon's move we are still at the top of the list."

Louise's former tutor, senior lecturer in Publishing at Kingston University, Alison Baverstock, has nothing but admiration for both her writing and her ingenuity.  "As Jodi Picoult commented recently, as an author these days, it's not enough just to write, you have to be your own cheerleader," she said.  "Louise and Mark have shown that self-publishing is no longer the sign that a writing career is over before it has begun, rather it can be a stage on the process to getting read."  Their book may have attracted initial attention due to a permissible marketing ruse, but making it clear to potential readers what kind of read is on offer was an entirely legitimate tactic used by professional publishers all the time.   "More significant is that having attracted attention, the book stayed at the top of the list because people clearly liked reading the work and recommended it to others," she added.

Buoyed by their continuing literary success, Louise and Mark are already planning the sequel to their number one bestseller.