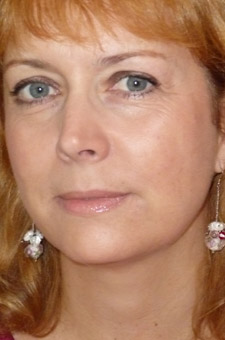 A Kingston University Creative Writing MA graduate has been snapped up in a six-figure deal by one of the world's biggest publishers after her self-published books topped the Kindle download rankings, selling tens of thousands of copies.

Louise Voss, 42, originally had her book Catch Your Death, which she co-wrote with Mark Edwards, rejected by literary agents.  They then decided to make it available for purchase on Kindle devices and apps using an Amazon service which allows writers to turn their manuscripts into digital books.  After several days in the top 100, their work then took the number one UK download position last month where it stayed for four weeks, selling more than 50,000 copies.  Another of the eBooks Louise co-wrote with Mark, Killing Cupid, also made the number two spot of the chart in June and remains in the top five.  Off the back of their runaway online success, she and Mark have been snapped up by HarperFiction in a six-figure four book deal.

"Everything has happened very fast, although it feels like a culmination of a lot of hard work," Louise said.  "I did an MA in Creative Writing at Kingston University a couple of years ago.  It gave me loads of advice on publishing as well as writing.  That sort of thing is really valuable because you create a network of people around you who can help you and you can help them."

The publishing deal had been a real surprise, Louise explained, and she and her writing partner had to move very quickly because they suddenly had agents approaching them.  "I am sure we wouldn't have got a publishing deal without having topped the Kindle chart first - agents are so reluctant to take on anything unproven and our success proved that there is a market for our books," she added. 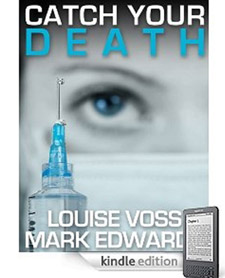 Priced at just 95p, Catch Your Death, a thriller set at the former Common Cold Unit in Salisbury about a race to save the world from a killer virus, beat off stiff competition to top the online chart from heavily-promoted titles from mainstream publishers.  "We would have carried on being indie had nothing happened," Louise said.  "Now we will have the resources and marketing budgets of a major publisher behind us, which is fantastic, but had we not got a deal we were still making good money on Amazon.  We have had lots of reader reviews and most of them have been really positive."

Louise graduated from the Kingston University Creative Writing MA in 2009, gaining a distinction.  Her former tutor, senior lecturer in Publishing at Kingston University, Alison Baverstock is not surprised at her success.  "Louise's writing was always very good but her effective marketing, and the fact that they were able to prove there is a market for their work, has made publishers and agents come running to her," she said.  "She moved from being yet another person vying for their attention to someone who was able to command it. It seems the tables have turned and authors are now driving publishing companies."

The first book Catch Your Death will be published as a physical edition in early spring 2012, while the eBook editions will continue to sell online.  Louise and Mark are now working on the sequel to Catch Your Death and are also writing a fourth book -- a thriller called Forward Slash.