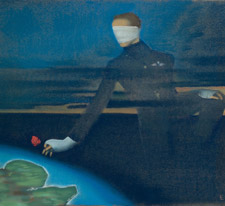 A Kingston University academic has set to work bringing renowned wartime portrait artist Eric Kennington back to public attention with the first exhibition of his work in the United Kingdom for more than a decade.  Dr Jonathan Black, senior research fellow in the history of art, is curating the first ever exhibition to focus on Kennington's World War II art at the Royal Air Force Museum.

Kennington was among a handful of British painters who distinguished themselves as official artists in both World Wars. His portraits were widely hailed as capturing the spirit of British and Allied servicemen in the struggle for victory.

Dr Black's interest in Kennington was sparked when he stumbled across a war memorial in Soissons, France, which had been carved by the artist for the Imperial War Graves Commission in 1927-28. "There was little information about Kennington in print, so I became determined to find out more about him," Dr Black explained. "In 1997 he was one of three artists I focussed on for my PhD study of the British soldier, or tommy, in World War I art." 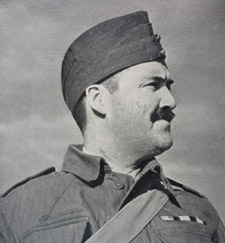 During his studies Dr Black realised Kennington had also made a significant contribution to the later conflict. "I got in touch with his son, Christopher, who let me loose in a large archive of letters and photos he had preserved," Dr Black said. "I discovered Kennington had produced some marvellous work as an official artist during World War II, as well as his earlier, better known work."

Kennington fought with the 13th Kensington Battalion London Regiment during World War I, but was discharged from service in June 1915 after being wounded.  During his convalescence he painted a portrait of his regiment, called The Kensington's at Laventine, Winter 1914. It caused a sensation when first exhibited in 1916 and was praised for capturing the quiet heroism of rank and file soldiers.

For much of his distinguished career, Kennington was counted amongst the ranks of exceptional portraitists such as Augustus John and Sandro Botticelli.  Many of his artistic contemporaries rated him as the finest draughtsman of his day, and he enjoyed the admiration of prominent public figures such as Winston Churchill, George Bernard Shaw and T.E. Lawrence. 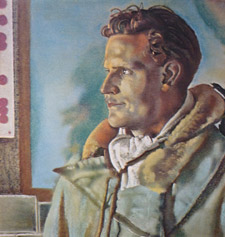 The exhibition - the first to be staged at the Royal Air Force museum for more than 12 years - will present 40 works, two thirds of which have not be seen in public since around 1945. They include pastels and charcoal drawings plucked from the stores of the RAF Museum, Imperial War Museum, National Maritime Museum, National Portrait Gallery and National Army Museum - as well as from four private collections. "The majority of works on display are portraits but I have included a selection of his rarely-seen landscapes and curious symbolic works drawn during the Second World War," Dr Black said.

The exhibition takes place in two parts, with 40 drawings on display from now to early November, when one third of the exhibits will be changed for new works. The show is open until May 2012.