No disputing the benefits of mediation unit 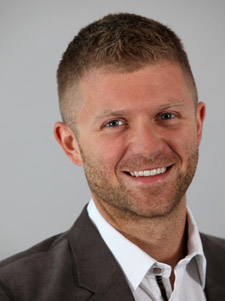 Mediation is a form of alternative dispute resolution and is seen as a means of avoiding expensive legal proceedings. A mediator tries to set up an open and honest dialogue between people who have a disagreement, with a view to reaching a settlement determined by the parties themselves. In this respect it differs from arbitration, where the arbitrator presents - and sometimes imposes - solutions.

"We're confident there's nothing like this currently in the UK," Dr Steven Truxal, who set up the Kingston unit, said. "Some North American universities have mediation centres, but in the States, people only study Law after doing a first degree - so they tend to be older. The students involved in our unit range from teenagers to people in their late 30s."

Eight Kingston University undergraduates were trained as mediators at workshops earlier this year in the lead up to the launch of the mediation unit.

"The great thing about mediation is that it allows the parties themselves to come up with their own solution," Principal lecturer at Kingston Law School Pamela Sellman, who is an experienced mediator, explained. "The mediation process is more time efficient and cost effective than other forms of dispute resolution such as litigation or arbitration. It's recently been used by people who are in dispute with local authorities, the police and the National Health Service." 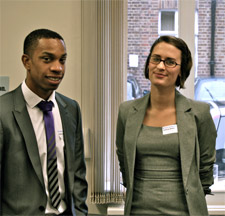 Law student Josie Davis, 21, was working as an intern at a Californian employment law firm at the end of her second year at Kingston when she was told that one of their clients was taking his case to mediation. She witnessed highly experienced mediator Mark Rudy handle the case.

"It was quite different to what I was expecting," Josie, from north Devon, said. "It was very informal - people seemed to feel comfortable sitting around the table - but you could tell they held they treated what the mediator said with a lot of respect. When I got back to Kingston and heard that they were opening their own mediation unit, I begged to be involved."

In the United States, some mediators, such as Mark Rudy, have reputations comparable with leading barristers. While mediation is not yet as high profile in the United Kingdom In some areas the courts have actually instructed solicitors to direct their clients to mediation before examining other avenues.

"Mediation is an area that is growing very quickly, and it is important that all our students are given the opportunity to learn the skills," the Head of Kingston Law School, Professor Mathew Humphreys, commented. "They will be needed in legal practice and will open up a number of career opportunities. The new unit will be a focal point within Kingston Law School."

Pamela Sellman says she hopes that, over the next few years, the mediation unit would extend its remit to commercial disputes. "One company has already expressed an interest," she said. "Handled properly, mediation can save companies a huge amount of time and money normally spent on minor HR matters or even more significant employment disputes."