From Clearing to a First class career

When Marwa Al-Nagar didn't get the A-level grades she was hoping for, she thought her dreams of pursuing a professional career in London were over.  But with the help of the clearing experts at Kingston University, she got a place on a BA course in politics, media and cultural studies and ended up achieving a first class honours degree.  Just few years down the line the 25-year-old, whose family are from Iraq, now has a staff job as a broadcast assistant with the BBC at Broadcasting House in London, helping to produce a two-hour daily radio magazine programme on BBC Arabic Radio.

"My A-levels were in science and Arabic, and originally I applied for a biomedical degree," she said.  "In the end my biology grade just wasn't high enough to do that.   So I thought about something else which would interest me, which was politics."  Marwa approached Kingston as part of the Clearing process after being recommended to try the university by her brother, who had completed his pharmacy MSc at Kingston.  " I came to the drop-in service and spoke to the people face to face. They were really helpful and friendly and gave me great advice.  I went in a bit confused and anxious but I came out that day with everything confirmed.  And the fact I ended up with a First proves it was the right decision." 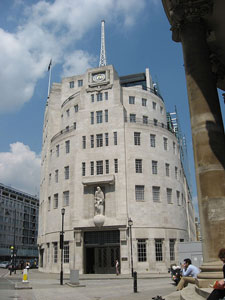 Although initially unsure about her career choice, now Marwa says she can't imagine working in any other industry than media.  She has had an article about Iraqi war widows published on BBC websites throughout the world and loves her job, which involves being in charge of social media and interaction with listeners.  "Initially I wasn't sure about the course because I hadn't studied media before," she said. "But I enjoyed the subjects and the practical topics we covered.  I chose journalism modules as well so that option made it more interesting and I did a work placement at Al-Jazeera English."

"Securing a full-time staff job in such a competitive industry as the media feels like a real achievement, especially in the current economic climate," Marwa, who wants to work as a documentary producer in future, said.  "My Kingston degree was a key reason I got the job.  There are so many modules to choose from and opportunities to do work experience," she said.  "I managed to do a lot of stuff with my time at university and if you manage your time well, you can do it too.  I said to myself - I am going to work at the BBC and I achieved my dream."