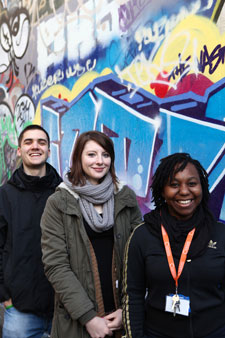 Academics from Kingston University are studying the positive impact of a hospital-based scheme aimed at keeping young victims away from gangs and knife crime in south-east London.

Researchers from Kingston University's Centre for Abuse and Trauma Studies are analysing the youth violence prevention project underway at St Thomas' hospital in central London, part of Guy's and St Thomas' NHS Foundation Trust. The project responds to an increase in the number of fatal stabbings of teenagers in London, and a growing trend of young people presenting at the Accident and Emergency Department (A&E) after being caught up in violent incidents, only a small number of which are reported to police. The project targets adolescents who are repeatedly attending A&E in crisis by arranging follow-up support, and thereby aiming to reduce the longer term risks of violence.

The project is aimed at people like 17-year-old Liam* from Southwark, who visited St Thomas' A&E department after a repeated injuries.  It was the 33rd time he had attended A&E, often because of violence, and he has a history of involvement in a local gang.  Not having his parents involved in his life meant that he looked to his gang as an 'adopted family' from a very young age, he said.  Now he wants to get out of the gang and violence culture.  "My past makes it impossible to escape and have a better life," he said. Rival gangs he used to have problems or 'beef' with regularly come to his area, looking to fight or even stab him.  "Being able to come here regularly means that I can talk out my anger, so that it don't build up.  It helps me stay focused on working and being happy instead of getting involved in craziness and fights." 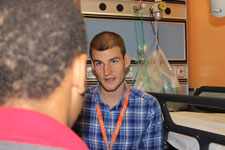 The Kingston team found that, like Liam, many victims tend to return to A&E again and again, and being assaulted has a knock-on effect on other parts of their life.  Youth workers on the new project have been able to help victims find alternatives to hanging out in situations where they are vulnerable to gang-related activity, including mentoring, music and sports activities.  Now the research team, under Professor Antonia Bifulco, is monitoring the progress of the service to evaluate its success in potentially reducing the chances of young people presenting as victims of violence.

"There is already anecdotal evidence, which we hope to confirm soon, of positive changes in the young people's activities, social skills and personal development as a direct result of the project," Kingston University research associate Yael Ilan-Clarke said. "The intervention is now running at full capacity, with a full time youth worker and two part-time students supporting the project.  An average of six cases are identified each week and these are followed up by the youth workers. We are seeing approximately 22 per cent of the young people who are offered the service taking it up." 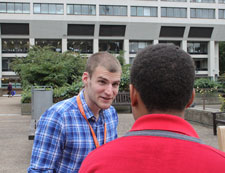 The service is being delivered by the charity Oasis and is currently available to any residents of Southwark and Lambeth who are aged 12 to 18 and are attending the St Thomas' A&E, having been assaulted or otherwise involved in violence.  If these criteria are met, the young person is assessed for risk of further assault.  Someone with a first involvement with crime, a good school record and committed parents are considered low risk and no further action may be necessary.  At the other end of the scale, it may be a third or fourth time at A&E.  There is evidence to show that being a victim of violence during adolescent years significantly increases the chances of being a victim or perpetrator of violence as an adult.  Therefore, the Kingston researchers say A & E is the best possible place to identify young people at risk and try to reduce that risk.

"Our A&E department often sees the same young victims come for treatment again and again," Dr John Criddle, Paediatric Emergency Medicine Consultant at Guy's and St Thomas' said.  "We want to follow their cases beyond the hospital doors and help prevent them from coming back.  The advantage of working in partnership with the charity Oasis is that they have experience in youth work and good relationships with agencies already running projects in the local community."

*Not his real name.