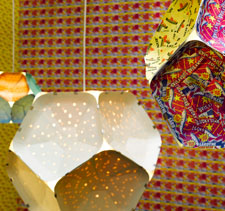 Kingston University's MA students are gearing up to exhibit their final projects in front of almost 20,000 designers, employers, critics and consumers at Tent London - one of the most high-profile exhibitions staged during the London Design Festival.

This year Tent is promising to be a truly international affair - and its mix of cultures from every corner of the globe will be reflected in the work by Kingston's students, who come from nearly 50 different nations. They will be showcasing ideas from China, south-east Asia, Eastern Europe, Africa, the Americas - and even Antarctica.

The show marks the tenth birthday of Kingston University's MA in Curating Contemporary Design, run in conjunction with the Design Museum, and includes an anniversary display, consisting of work by alumni and current students. 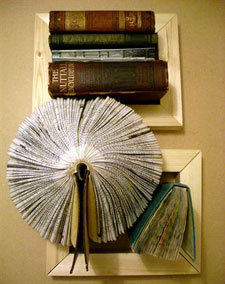 Tent visitors will be able to see a film, made by Curating Contemporary Design students, looking at the Ukrainian city of Prypriat, which was completely evacuated after the Chernobyl disaster. The curators will also be displaying artefacts produced by HIV-positive craftswomen in South Africa using designs produced at the University and posters that resulted from the course's ongoing collaboration with the China Academy of Art in Beijing. Two projects look at ways of curating food design, another at curating science and another at sustainable designs.

"Students on the course are given a very unique insight into curating exhibitions and events," Head of Exhibitions at the Design Museum, Donna Loveday, said. "Over the last ten years, many new types of practice have developed which the course explores in depth."

In total, nearly 150 Masters students from the diverse worlds of architecture and landscape, design, photography, fashion and fine art will be aiming to intrigue, provoke and challenge their audience's preconceptions. The work of 26-year-old Chantelle Purcell (MA Art and Space) is centred on the legend of Rose Hall. This is the story of Annie Palmer, the villainous wife of a slave owner in 19th Century Jamaica. According to the legend - well known among expatriate Jamaicans - many of Annie's slaves and three of her husbands all died in suspicious circumstances. Chantelle, who comes from a Jamaican family, uses a range of film and audio media to investigate the story and how it has been handed down over the generations. 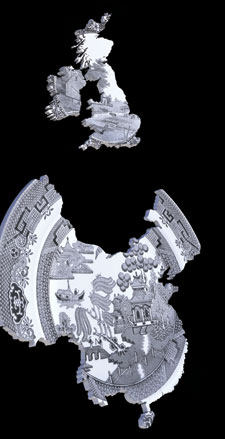 Rupert Tucker (MA Production Design for Film and Television), who's 27, has designed sets for a science fiction/horror film, set in an Antarctic base station. Rupert, who has an architectural background and was part of the team working on the redevelopment of St Pancras station, has also designed sets for the Edgar Allan Poe story, The Fall of the House of Russia as part of his coursework.

"Being able to display their work at Tent gives our students a fantastic opportunity to kick start their careers", the acting Dean of the Faculty of Art, Design and Architecture, Dr Trevor Keeble, said. "Equally, though, I suspect visitors to Tent will find the Kingston exhibition a very exciting glimpse of the kind of ideas being generated by the next generation of artists and designers."