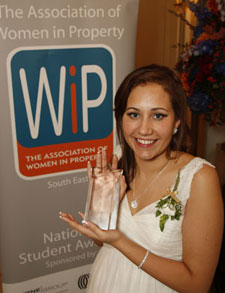 Elsie was picked out as "the best of the best" from ten regional finalists in a dinner held at the renowned London hotel, Claridge's, having previously won the south-east heat of the competition in June.

"For the national award we were interviewed by some of the biggest names in the construction industry," the 23-year-old explained. "The chief executives of some of Britain's biggest building firms were there and they spent ten minutes firing questions at us.

"I thought it went well but, when I met the other finalists, they were so impressive I didn't think I stood a chance. It was a fantastic surprise when they called my name out. Construction is perceived as a very masculine industry so it's great to have an opportunity like this to raise awareness of what women in the property and construction industries can achieve."

Elsie is now in the penultimate year of a seven-year-long part-time BSc (Hons) degree at Kingston University at the same time as working for construction project and cost management consultants Faithful and Gould.

"I study alongside other part-timers at Kingston, so we're all in a similar position," she said. "My studies really complement what I'm doing at work - sometimes one of my tutors raises a topic and I think 'oh yes, I did that at work yesterday'." 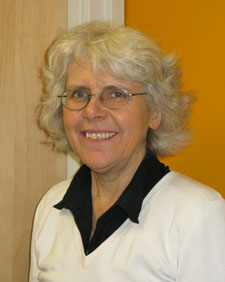 Kingston's part-time surveying degrees enable students to develop their careers at the same time as achieving a qualification. Elsie has been able to work on projects for pharmaceutical, petrochemical and major financial companies while studying.

"The judges were particularly impressed by her confidence and positive approach - both characteristics that are so vital for success in today's competitive environment," Head of Surveying and Planning at Kingston University, Professor Sarah Sayce, said. "I am sure she will be an excellent role model for others entering the profession."

National chairman of Women in Property, Monique Royle, said Elsie's enthusiasm was inspiring. "She is totally deserving of this award and, on behalf of the Association, I would like to wholeheartedly congratulate her. I have no doubt we will be hearing a lot more about her in the future."