Moving house could be the ideal opportunity to switch to a greener lifestyle, according to a group of students at London's Kingston University. They have come up with the idea for a green key to encourage home buyers to throw out inefficient items such as old fridge-freezers and washer-dryers and commit themselves to recycling and keeping the thermostat a few degrees lower.

"There's an energy and excitement that comes with setting up a new home," Andre Vigil, 33, who's completing Kingston's Design for Development MA course, said. "We want to tap into that optimistic moment when someone moves house so they are encouraged to buy appropriate appliances and get into energy-efficient routines before bad habits set in."

The scheme has already won approval from Mayor of London Boris Johnson. The green key concept scooped his low carbon prize, which saw more than 100 student teams from London universities take up the challenge of developing ideas to reduce the city's carbon footprint. It was judged by a panel that included architect Sir Terry Farrell and Richmond Park MP Zac Goldsmith. "We were drawn to the green key because it has real practical potential, and could be developed quickly and with immediate effect," Mr Goldsmith said. 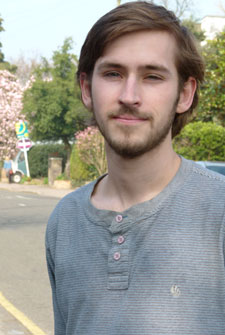 Student Jonathan Pye-Finch, 23, from Tunbridge Wells, said the team had been keen to avoid bombarding people with paper. "We came up with the idea of a green key because keys are used to symbolise moving to a new home. It would be a disguised USB stick full of information about their new area, covering anything that promotes a more sustainable lifestyle," he explained.

The Kingston students will receive a prize of £20,000 to develop the idea, which it's hoped could be rolled out across the capital within the next few years. "Every year in London around 250,000 household moves are made and thousands of new businesses start up," Jonathan said. "So it's potentially a great way to reach a massive amount of people and provide positive, helpful advice on a practical level, rather than preaching to them about sustainability."

The Kingston team drew on the experiences of member, Martin Cobley, 50, who had just moved house in south London. "Setting up a new home made me realise how many things I could do to reduce my carbon usage," he said. "I tried to find the greenest gas, electricity and phone providers, to buy energy efficient appliances and I looked into better insulation. I'm also getting my home checked out by a surveying company that specialises in sustainability."

The team consisted of Martin, Jonathan and Andre, who's from Curitiba in Brazil, along with Anne Schoettle, 34, from Hamburg in Germany, and David Singer, also 34 and from south London. They weren't the only Kingston University students to catch the judges' attention either. Surveying student Bruce Pawsey, 47, picked up the runners-up prize of £3,300, for proposing a river barge, which would collect waste materials and use them to drive a gas turbine.

Kingston's sustainability co-ordinator Victoria Hands said it was no surprise a team from the university had scooped the top prize. "Sustainability underpins so much of what we do at Kingston and students across the whole University are taking this on board in their studies and lives. The range and quality of ideas suggesting positive changes for London submitted to this competition show how stimulating the students find the topic. The competition also helped them develop entrepreneurial and employability skills, learn to communicate more effectively and solve problems to meet the needs of our changing world," she said. 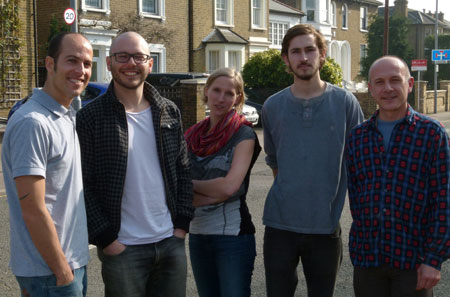