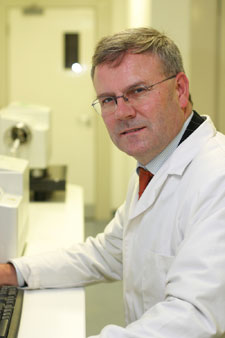 Research carried out at London's Kingston University has revealed that athletes could mask illegal doping with testosterone by drinking green and white tea. A team headed by Professor Declan Naughton, from the University's School of Life Sciences, found drinking the beverages had the potential to reduce the amount of the performance-enhancing hormone present in urine testing.

Professor Naughton said the findings could have significant implications for major sporting events such as the 2012 Olympics. "We've spent the past four years researching this and as far as we're aware it's the first study that has found food and diet can alter the metabolism of testosterone," Professor Naughton said. "We looked at how a particular enzyme reacts to various foodstuffs to see if it affects the amount of time certain substances such as cancer drugs stay in the body." The enzyme in question excretes testosterone through urine and the potential to mask doping occurs when compounds called catechins - present in green and white tea but not in black - inhibit this. This means athletes attempting to enhance their performance illegally with testosterone could potentially mask a boost in the hormone by drinking a certain amount of the tea. 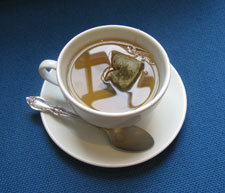 "The catechins stop enzymes tagging molecules for excretion so the kidneys don't recognise them as needing to be removed and leave them circulating in the body," Professor Naughton explained. "We found that green and white tea could inhibit the enzyme by about 30 per cent. The levels of catechins in a strong cup of green tea matched those we used in our experiments."

While the team's findings were lab-based, if the same effect occurs in human bodies the World Anti-Doping Agency (WADA) may rethink its approach to drug testing. "WADA is aiming to add regular checks of blood steroids to its biological passports which monitor athletes for suspicious changes in their physiology," Olivier Rabin, WADA's science director, said. "That should foil any attempt to fool the urine test."

However Professor Naughton feels blood testing is probably not enough. "Our Kingston University research shows testing hair is a key way to pinpoint doping. Substances stay in the hair for longer and, more importantly, are not dependant on the enzyme affected by the teas," he said. 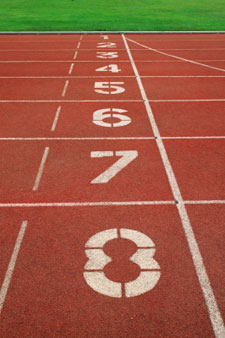 For athletes who don't resort to doping, the increased levels of testosterone from drinking green and white teas may provide a legal boost. "It's like having extra testosterone without actually taking any," Professor Naughton said. "By not excreting it from the body, athletes could potentially increase their testosterone levels for improved performance. Unless, of course, the body compensates for this and finds other ways of removing it, but we won't find out about that until the tests go to human studies. This research is just one part of the story."