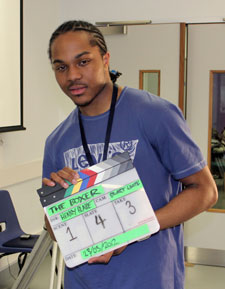 A student from London's Kingston University is hoping to achieve film success on an Olympic scale after winning a script writing competition.

Daniel Bailey, 22, took up the challenge to write a script that would reflect one of the seven Olympic and Paralympic values. Choosing the value 'inspiration' for his film, The Boxer, the budding writer's success has seen him catapulted into the film industry.

"Everything has happened so fast, I can't quite believe it," Daniel said. "I've always had an interest in film but never imagined my first script could end up making it on to the big screen."

Daniel's film explores the relationship between Michael - a young boxer just starting out in his career - and his grandfather lying ill in hospital. Facing his first bout without his granddad, Michael struggles to find the strength to go it alone and so goes to visit him looking for inspiration.

"The film is less an examination of the sport, instead the boxing provides a setting for the relationship between the characters to develop," Daniel, from Neasden, North London, explained. "Michael's granddad inspires him and that is something that I can really relate to as I'm incredibly close to my own grandparents." 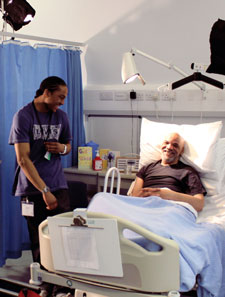 The competition, set by Scruffbag Productions, was designed to engage young people in education through the arts. Daniel's prize-winning script, one of 60 entries, was selected to be made into a 10-minute film.  "What made Daniel's script stand out was the very human and touching relationship he created between his characters," Henry Blake, co-founder of Scruffbag Productions and director of The Boxer, said. "Daniel's film impressed us so much that we even hope to possibly enter it in the Cannes Film Festival next year."

With the Olympics fast approaching, Daniel is already busy promoting his work in the run up to the games. The Boxer has already been screened at the Lexi Cinema in Kensal Rise, London, and the Horse Hospital in Russell Square. It will be promoted across the United Kingdom as part of the 2012 Olympic celebrations and will also be entered into the Raindance Film Festival in September.

Daniel was delighted when he heard that actor Paul Barber, best known for his roles in the film The Full Monty and as Denzil in long-running British comedy Only Fools and Horses, was keen to be involved in the project. "Being given the opportunity to work with Paul was amazing but a bit surreal," Daniel said. "I've watched him on TV and in films since I was a kid and now I'm walking down the street with him after a production meeting. Everyone recognises him and I'm just so pleased he's going to be in my film bringing the role of the grandfather to life." 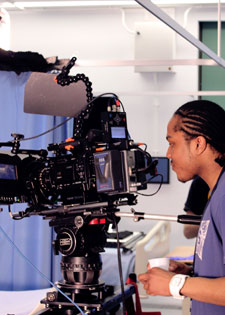 After making a name for himself appearing in films Sket and Anuvahood, up-and-coming actor Ashely Chin has been cast alongside Barber and plays the role of boxer Michael.

Working with a 13-strong crew, Daniel was able to have some hands-on experience during the creative process. "I was given the chance to film a scene and also to get to grips with using a camera on a track," he said. "Visually the cinematography looks great and, seeing it all brought together in the editing process, I think the story comes across equally well in the finished film."

Scruffbag Productions set up the Project 7 competition after receiving a commission from Brent Council and the West London Partnership of London 2012. The film will be promoted at events in the run up to this summer's Olympic Games and there are hopes that The Boxer will feature as the arts contribution for Brent Council.

Daniel has not let his new-found fame get in the way of his landscape architecture studies at Kingston University though. "I think having other interests can help your studies and it's good to have something to show for my free time," Daniel said. "Being creative with words is very different to designing something physical like a building which uses shape and space. I've found having something completely different that challenges me creatively and personally has been incredibly rewarding." 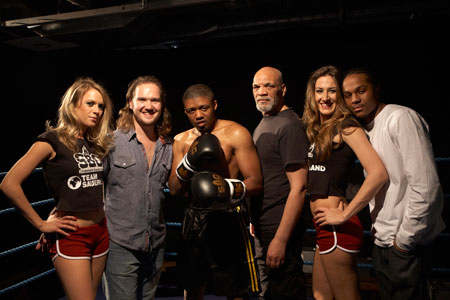