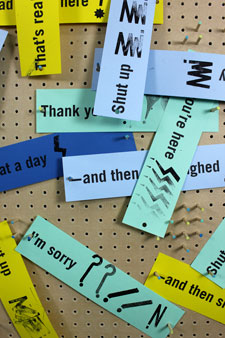 Over-worked. Misunderstood. Mocked by intellectuals. Such is the plight of the once-proud exclamation mark. Now a student at London's Kingston University has come to the rescue of this much-maligned piece of punctuation, designing 12 new siblings to share its workload.

"The exclamation mark has become over used - and often comes across as crass," 22 year old graphic design undergraduate Benji Roebuck, from Huddersfield in West Yorkshire, said. "Part of the problem is that we're asking one piece of punctuation to do too many jobs. So I've created a depression mark, a jealousy mark and even an excitement mark."

Benji got in touch with David Crystal, Honorary Professor of Linguistics at the University of Wales, Bangor - a prominent broadcast commentator and the author of more than 100 books about the English language - asking him to set a brief.

"Most students go to designers for that type of thing but I wanted to do something a bit different," Benji said. "I was surprised and really pleased when Professor Crystal replied suggesting I work on the exclamation mark. For a long time I didn't know what to do, but found myself thinking about it more and more and realised I wasn't going to be able to get it out of my head unless I did something about it." 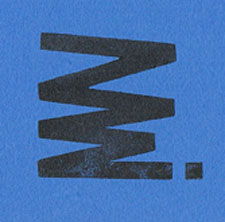 Some of the new range of exclamation marks are self-explanatory - anxiety is a squiggly line, while hope is indicated by an upwards arrow. Others are more oblique - a small question mark represents curiosity and a swollen exclamation mark conveys pride.

The results have just been on display at Kingston University's Faculty of Art, Design and Architecture's undergraduate degree show. They sat alongside final-year projects from a variety of disciplines including fashion, film-making, fine art, landscape architecture and product and furniture design.

Benji hopes show-goers found his project thought provoking. "The exclamation marks would enable people to change the meaning of a sentence without altering any of the words," he explained. Visitors to the exhibition were even able to put the exclamation marks to the test, using an ink pad provided to stamp them on to sentences of their choice. "By applying a different exclamation mark, they were able to change the sense of what preceded it by indicating whether the speaker was jealous, angry or confused," Benji said. 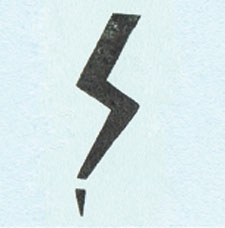 Benji has sent his finished designs to Professor Crystal, who was impressed with the outcome. "Benji has produced a clever and innovative project, which makes one appreciate the limitations as well as the expressive potential of the punctuation system," he said.

Kingston's academic director of communication design, Rebecca Wright, said Benji had been fascinated by language and its importance to graphic designers throughout his degree studies. "Benji is interested in the words, not just how they're presented. In this project he's had a great deal of fun experimenting with a punctuation mark - and visitors to the show were able to share that enjoyment," she added.