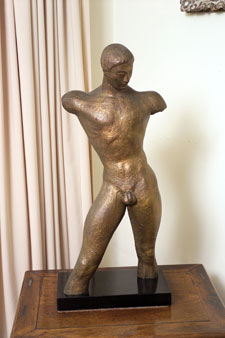 Kingston University has loaned 14 bronze Dora Gordine works to a museum in the Estonian capital Tallinn - the city where the sculptor's first ever exhibition was staged almost a century ago.

The university, in south west London, owns the world's largest collection of work by Gordine, a leading light in the art world from the 1920s to the 1960s who exhibited at some of the most prestigious galleries in Britain, France and Germany. The collection is usually displayed at Dorich House, the home she shared with her husband Richard Hare, which is now a museum owned and run by the university.

Dora Gordine was born in 1895, in what is today Latvia, but moved with her family to Estonia during her teens. In February 1917, her work was exhibited in Tallinn at the Third Exhibition of the Estonian Art Society, just as the country was emerging from Russian rule at the end of World War I.

The new exhibition - the first retrospective of Gordine's work in Estonia - is being staged at Tallinn's Adamson-Eric Museum. "Dora was a remarkable manipulator of facts, frequently changing the details of her life story, but one thing we know for certain is that she was an Estonian citizen from 1911 until she left for Paris in 1928," Kingston University art historian Dr Jonathan Black said.

Dr Black was interviewed by Estonian television at the exhibition launch. "They were particularly fascinated by a sculpture called Above Cloud," he said. "It's thought to be of a Spitfire pilot called Headley St George Bond. He was a real ace and a friend of Ian Fleming, so he may even have been an inspiration for James Bond. Dora persuaded him to sit for her, but she couldn't get him to take his pants off. He said he could face the Luftwaffe but he couldn't face her without his pants on." 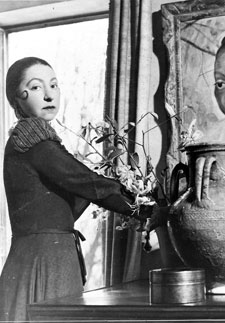 While in Tallinn, Dr Black was able to identify Dora Gordine in a picture of leading Estonian artists taken in 1919. "It's a very important picture for the Estonians because it was the first time all the big names in the country's art world had been able to come together in one place after its independence. So the image is a kind of statement of cultural autonomy," he explained.

"They thought the artist in the black dress in the middle of the front row was someone else - and I said 'well it must be Dora's twin sister then!'. There was absolutely no doubt it was her. Dora was one of just three women in the picture, surrounded by more than 30 men - emphasising her ability to make an impression at a time when the art world was still very male-dominated."

Estonian interest in Gordine's art declined after World War II when the country was absorbed into the Soviet Union. As she had by then moved to England and established herself in London's high society, Dora was not favoured by the communist rulers. Dr Black believes that the more recent revival of interest in her work is linked to Estonia's desire, since once again regaining independence in 1991, to be regarded as a Western-facing European nation. "While living in Estonia, Dora travelled regularly to Paris and Berlin, so she was part of the mainstream European art scene," he said.

The new exhibition has been curated by Dr Black, Professor Fran Lloyd and Brenda Martin from Kingston University, along with experts from the Art Museum of Estonia and the Adamson-Eric Museum in Tallinn. It runs until the beginning of August, when the sculptures will return to Dorich House. 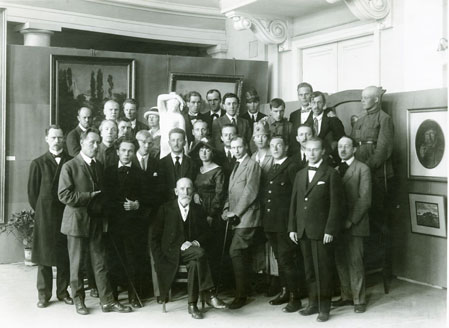