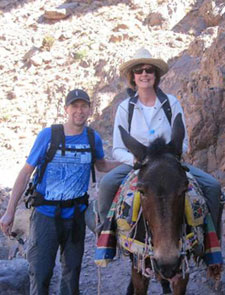 As pension ages rise more and more employees are asking for a break from work 10 or 15 years before they retire. But how can their requests be accommodated without disrupting business?

That challenge has been taken up by two graphic design students from London's Kingston University, who have devised a company called Mid Way to help people plan and save for a big career break - and even find someone to stand in for them at work. The creative students have designed an app for smartphones and tablet computers to help workers plan their sabbatical and have already impressed a panel of judges from the Royal Society of Arts, carrying off a coveted Student Design Award.

"Our vision is that, at people's first meeting with Mid Way, they'd be given the app," Sophie Burt, 21, from Southampton, said. "It would help them calculate how much a career break would cost and work out ways of saving for it. The app would also include a logbook, in which they'd record everything they did at work on a daily basis so their replacement could see exactly what the job involved."

The students developed the idea after asking people in their fifties about their plans and ambitions. "We discovered that many of them wanted to go travelling," Rachel Mintern, 22, from Stamford in Lincolnshire, said. "Their children had left home, they'd paid off their mortgage and they were still fit and healthy enough to have a real adventure. But their employers wouldn't let them have more than two or three weeks off."

The pair realised that protecting people's job security was important. "People aged over 50 didn't want to risk being out of work - they told us the employment market got less flexible as they got older and said it was harder to get back into it," Sophie explained.

Rachel and Sophie made a short film outlining the concept, which was screened during the undergraduate degree show at Kingston University's Faculty of Arts, Design and Architecture. In it, 50-somethings give their reactions to the Mid Way idea. "I think the experiences I would have while I was away would enhance what I had to offer when I came back," interviewee Sian Allen says. "I think you'd come back re-energised, possibly feeling 10 years younger." 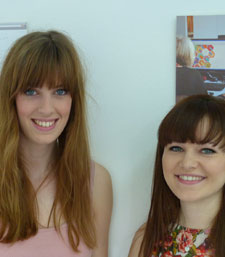 Chief executive officer Neil Johnson is also featured. "As an employer, I think it's great to enable people to do that sort of thing," he says. "They will be enormously appreciative of the business, and the business leaders, for letting them do it and keeping the job open."

Rachel's mother also makes a brief cameo appearance - riding on a donkey while on holiday in Morocco. "That was one of the things that helped get me thinking about the project. She's always talking about how she loves to travel but, as the nurse in a GP practice, she can normally only get away for 10 days," Rachel said. "The doctors can take a six-month sabbatical for educational purposes, but she can't."

One of Mid Way's key roles would be to find the best possible replacement, who would shadow the person they were replacing for several weeks before the employee left. "One of the main challenges we faced was finding a way to reassure employers that their businesses wouldn't suffer," Sophie revealed. "Acting as a stand-in could look very good on the replacement worker's CV though. They could be an experienced person desperately searching for an opportunity to break back into the job market or someone younger looking for experience," Rachel added.

As well as coming up with the Mid Way concept, the students have produced a distinctive set of logos. The branding is based around a series of colour-coded hexagons, relating to the industries the individuals work in and what they plan to do during their break.

As part of their Royal Society of Arts award, Rachel and Sophie have won an internship with design and branding agency Dragon Rouge. "The jury was particularly impressed with Sophie and Rachel's first-hand research and the fact that they uncovered the desire in people in middle age to travel while also maintaining job security," Sevra Davis, of the RSA, said. "Sophie and Rachel's well-developed business model and their thoughts about how the scheme could be adopted by employers lent further weight to their idea. In addition, their excellent graphic design skills made the idea and brand attractive from the start."

Senior lecturer in graphic design at Kingston University Mike Bond was impressed not just by the idea but by the research the students had conducted to come up with it. "They uncovered a solution based on insight, derived from talking to real people and real businesses," he said. 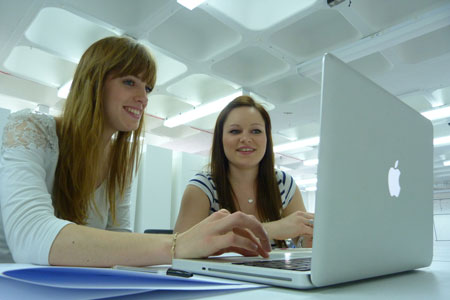