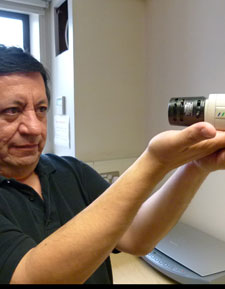 Experts at London's Kingston University have played a key part in developing a new CCTV system that has scooped a major industry award. The pioneering surveillance software, created in conjunction with security companies Ipsotek and BAE Systems, is able to pinpoint potentially suspicious or vulnerable people in public spaces and monitor them continuously as they move between camera networks. Known as Tag and Track, it has just been named CCTV system of the year, beating off competition from technology giants Samsung and Panasonic at the annual International Fire and Security Exhibition and Conference (IFSEC) awards.

"The notion that you can tag a person and let the system do the tracking is a dream come true for CCTV operators," Professor Sergio Velastin, a specialist in applied computer vision at Kingston University and co-founder of Ipsotek, said. "The system relies on two things - firstly the identification of a person through features, such as their appearance, which different cameras can then pick up on. Secondly, it has the ability to stop cameras searching for those traits over an unnecessarily wide area."

The technology was initially developed by Kingston computer science specialists led by Dr James Orwell, who is based in the University's Digital Imaging Research Centre. "Once operators notice potentially suspicious behaviour, they can tag the person concerned by clicking on their image," he explained. "This triggers the system to go back to the database and immediately create a full route for the person concerned using notes it has stored. The technology can provide predictions about individuals' steps beforehand as well as find out where they move on to afterwards." 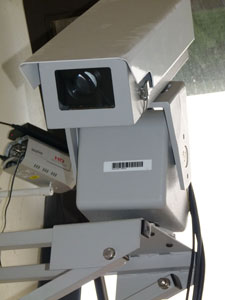 Not only does the software make real-time tracking more effective, it also makes checking footage after an incident much easier. "It can take many, many hours with hundreds of cameras all using different systems such as video tape, DVD and hard discs to piece together the circumstances and around 60 per cent of police CCTV research time is spent looking back at footage before an incident. Tag and Track will drastically reduce that," Professor Velastin said.

The technology has already been tested in Rome's Termini train station, Manchester airport and Kingston town centre with promising results. Its features enable security operators to carry out a range of activity including:

The IFSEC award not only recognises Tag and Track's innovative technology, but also the fact it is likely to make a marked contribution in the real world. "Previously university researchers would simply work on ideas in the laboratory, create papers for publication and then move on to the next idea," Professor Velastin said. "Nowadays we have to go further and demonstrate how the original research can be turned into something that will have an economic or social impact. Tag and Track is a classic example of this. Through collaboration with industry, the initial concept has now reached a point where it is poised to be rolled out to significantly enhance people's safety and security."

Ipsotek's Director Andrew Eggington said the full potential of CCTV as a crime prevention tool and investigative and forensic instrument had yet to be realised. "One of the keys to achieving this is faster and more efficient use through advanced video analytics. Developments such as Tag and Track will deliver new, high-technology solutions that make a real difference."

Andy Wright, director of technology acquisition at BAE Systems, said the company had become involved with the project as part of its Investment in Innovation initiative. "The programme enables us to work with excellent academic and business enterprises not only to accelerate the development of capability such as Tag and Track, but also to build strong relationships and share valuable learning across organisations," he said. 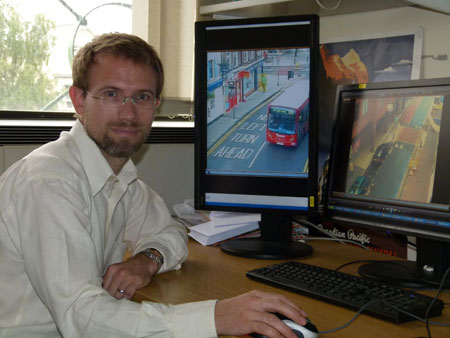