Honour for study tackling taboo of incontinence and dementia 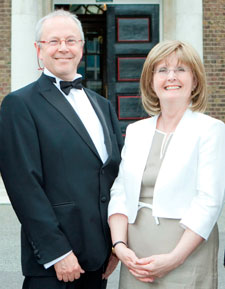 Researchers from Kingston University and St George's, University of London have won one of the sections of the Royal College of General Practitioners' Research Paper of the Year awards. Their study, focusing on the challenges of managing incontinence in people with dementia who live at home, carried off the prestigious prize for the dementias and neurodegenerative diseases category.

Professor Vari Drennan and Laura Cole, from the Faculty of Health and Social Care Sciences run jointly by Kingston and St George's, investigated carers' perceptions of the range of incontinence problems they encountered when helping relatives with the condition. Working with report co-author Professor Steve Iliffe from UCL, they also looked at ways in which carers managed the challenges they encountered.

Toileting and incontinence issues in people with dementia living at home were factors often associated with decisions to move patients to care homes because of the burden they placed on family members and carers, the researchers said. Many of those looking after a dementia patient at home reported greater difficulties coping with incontinence than they did with behavioural symptoms.

In the study, most carers revealed they wanted to protect the person's dignity and so had not sought the help of health professionals often until the point of a crisis. The report also found that sometimes the strategies carers used to cope, such as limiting drinks, could be harmful to the person with dementia.

It suggested that GPs and primary care nurses could be more proactive in making inquiries about toileting and incontinence problems and in giving advice and information. Professor Drennan said: "The types of problems change as dementia progresses, but the impact on everyone and the issues of protecting the person's dignity in the face of embarrassing and stigmatising problems remain."

Award panel chair Professor Frank Sullivan praised the researchers for highlighting important care-related issues that needed to be addressed. "The paper provides a very human view of the experiences of both patients and their carers," he added. "The researchers have found that there's a positive role for primary care providers to play that could really ease a burden for both." 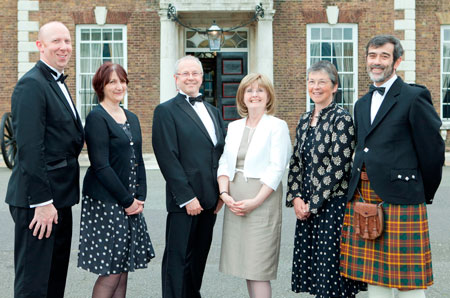