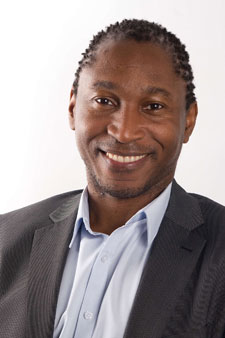 A Kingston University law graduate who has dedicated most of his career to cases involving deaths in custody has been named Legal Aid Barrister of the Year. Leslie Thomas, who has had a high-flying career since graduating from Kingston Law School in 1988, was given the honour at the 10th anniversary of the Legal Aid Lawyer of the Year awards.

Mr Thomas has worked on a number of high-profile cases, such as the death of Mark Duggan which sparked last year's London riots. He is currently representing the family of Sean Rigg, a schizophrenic man who died in police custody in south London.

"It is important to get answers when someone dies in custody," Mr Thomas said. "It's a challenging area of law because you're taking on the state and it can be gruelling, but it's crucial that we search for the truth. On the Sean Rigg case I have been working 12 to 16 hour days every day for the last month but you don't mind sacrificing social life because of the work you do."

Mr Thomas's area of the law is highly specialised, dealing particularly with civil actions against the state - including within the police, prisons and hospitals. When working for families of the deceased he often opts to fight their case for free. "I always wanted to work closely with people and to represent the underdog, the small person who has the courage to take on the state," he said. 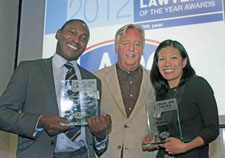 During his time at Kingston Law School, Mr Thomas worked in the evenings as a volunteer in law centres and for human rights organisation Liberty. Nonetheless, he said he was still surprised to pick up the prestigious award. "I was shocked but I see it as a tribute not to me but to all those families I represent," he said. "The work I do is rewarding, but not particularly glamorous. For obvious and entirely understandable reasons the clients are often demanding. They have lost a loved one, usually in police or prison custody, and they want the truth. At times I feel more like a counsellor as opposed to a lawyer."

Mr Thomas was a barrister at Wellington Street Chambers for a year before moving to Garden Court Chambers in 1990. Before that he lectured at Kingston and Westminster universities, teaching employment law, criminal law and the law of evidence.

In 2011, Mr Thomas managed to take some time out of his demanding career to become the executive producer of Hollywood blockbuster We Need to Talk about Kevin.