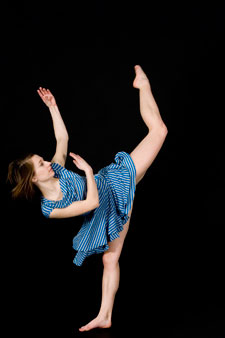 While most students will have been taking a well-deserved break during the summer, Kingston University graduate Rachel Miller pirouetted straight from her final exams to a once-in-a-lifetime performance in the Olympic Games' opening ceremony. That was just the start of her busy summer - soon she'll also be helping guide potential students through the Clearing process as she joins the London University's Clearing hotline staff.

Rachel, who had been rehearsing for the opening ceremony since January, said although it had been an extremely demanding time alongside her final-year studies, she wanted to gather as much experience as possible ahead of trying to enter the competitive world of professional dancing. "Being a part of the opening ceremony was so exciting - I can't believe I was given such an incredible opportunity," Rachel, who featured in the pop music section of the show dancing to the likes of Eurythmics and Dizzee Rascal wearing a paint-spattered shirt and 1980s' visor, said. "The routine was a real challenge and we were rehearsing every weekend in a warehouse with about 200 other people. Once we got to the stadium and I joined the 1,500 other dancers in my section, it really sank in just what an important moment this was going to be for me and the country."

When thousands of students open their A-level results to find out if they have scored enough points to take their first choice places at university, Rachel, from Hereford, knows just how they will be feeling. When she was making her decision about higher education, she was torn between wanting to follow her dream into dancing, but not wanting to exclude herself from other career options.  Choosing a combined degree at Kingston University in dance and English literature allowed the 22-year-old performer to have what she called a 'plan B' for her career.

"I've danced for as long as I can remember and, although I knew it would be fantastic to study the subject at university, I'm also very aware of how tough it is to make it as a stage professional," she explained. "Dance is hugely competitive but there is also always the chance that you could pick up an injury and your career could be over in a second. Studying English literature as well meant I also have a whole host of other skills I could use in any walk of life." 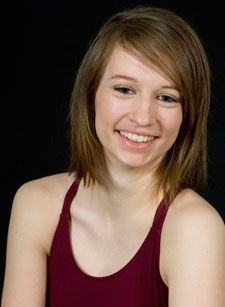 Keen to build up her practical experience during her studies, Rachel has completed placements with Shobana Jeyasingh Dance at the Royal Opera House and with Chichester-based Replica Dance Company, where she was able to work with students from the Hot Green Bus Dance Company.

Having also worked as a part-time administrator for the University, she is eager to take the opportunity to help other potential students find the right courses this summer. "Although I didn't come through Clearing myself, I know how difficult it is to make important decisions like this when your heart says one thing and your head another," she explained.

She suggests that students coming through Clearing should thoroughly research courses before they make their calls. "It's vital to know the differences between similar courses and to be armed with reasons why you want to go to a particular university," she said. "In my case, it was really important to me to learn from someone with a wealth of industry experience. Jason Piper, the course director for dance at Kingston, has had an amazing career as a performer so the opportunity to be taught by him definitely influenced my decision to study here."

Undergraduates should think about other aspects of university life too, she advised. "Accommodation can be a particular worry for people who are coming to university through Clearing as places in halls have usually already been snapped up," she said. "My advice would be not to panic, to take your time and avoid making hasty decisions." There were likely to be privately-rented properties in the surrounding area and Kingston University's accommodation services team had a number of ways to help students, including providing a daily vacancy list, she said. They could also put students in touch with others looking for a place live.

While the budding dancer is looking forward to finding her next career challenge, she's pleased that she's made the most of everything her degree had to offer. "I've managed to cram in a lot during my time at Kingston University," Rachel said. "Going to university to study something I love has been the perfect choice for me and I'd fully recommend it no matter what route students might take to get there." 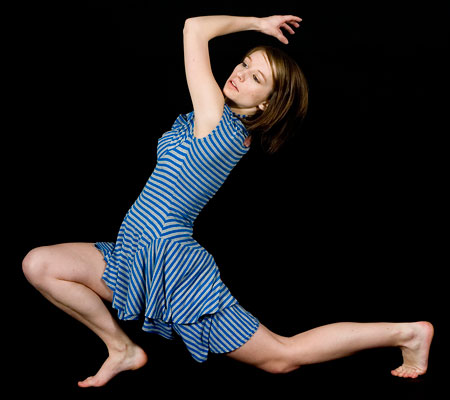