From Clearing conundrum to Olympic opportunity 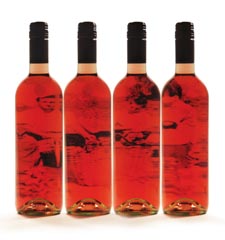 Paul Walsh had always wanted to be behind the camera but, when a setback meant he couldn't study film, he switched his focus from the big screen to the small and ended up working on one of the most watched television events of all time.

"Film production was my main interest and cinematography in particular," the 22 year old, originally from Sunbury on Thames in Middlesex, explained. "When I narrowly missed the A-level grades I needed to get into my first university choice, though, I thought my screen ambitions were over." Not quite sure what to do next, Paul decided to investigate the courses available through Clearing and hit upon Kingston University's television and video technology course. "Even though it wasn't film studies it did sound interesting, so I called the Clearing hotline and got through to the course director," Paul said. "She outlined what it involved and I quickly realised it ticked all the right boxes for me."

The degree was tailored to the practical side of television broadcasting and ensured students had the specific skills required by industry, Paul explained. "The technical knowledge acquired by students on the course means we can often walk straight into a job because we understand the different standards used in industry and are familiar with studio procedures and equipment," he said.

In the final year of his degree, Paul responded to a request from major American broadcaster NBC for volunteers to help with its coverage of the Olympics. "NBC is the biggest official broadcaster for London 2012 but, since it's based in the United States, it was looking for volunteer interns in the United Kingdom to act as on-set runners," he said. "Kingston University has such good links with NBC that it approached my faculty to see if it could identify some likely candidates. I applied and was very excited to be selected for NBC's graduate programme."

The internship has been a perfect opportunity for Paul to use his skills in a high-profile environment with an estimated audience of four billion people. "Being able to work on the Olympics has been a once in a lifetime opportunity but getting to do it with NBC has made it even more special," he said. "The hours are long but I've loved every minute of it. As a technical runner on the engineering team, every day is different. I'm here to support the team and, whether I'm setting up equipment or helping organise the feed for the Broadcast Operation Centre, I'm accumulating fantastic experience."

Paul is in no doubt that Clearing set him on the path to the NBC internship. "Even though my degree wasn't what I first intended to do, I really believe that everything happens for a reason. Clearing pointed me towards Kingston University and my course there ensured I had the skills required for the NBC role," he said. "If I hadn't studied at Kingston I would never have had the chance to work on one of the world's biggest televised sporting events."