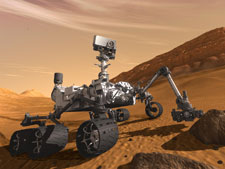 The successful landing of NASA's Curiosity rover on Mars could herald an unprecedented era in space exploration, according to a leading academic at Kingston University. "This is the most capable mission ever sent to another planet and if life exists or has existed on Mars, then this mobile space laboratory has a very good chance of finding it," Dr Adam Baker, senior lecturer in space engineering, said.

With President Barack Obama's declaration that his country would be sending manned missions to Mars by the mid-2030s, space exploration was definitely back on the agenda for the United States at least, Dr Baker added. "NASA plans to send a mission to Mars every two years, with the next one, which is going to be looking at green house gases, scheduled for 2014," Dr Baker said. "Hopefully this will stimulate the European Space Agency's programme to send its own rover, ExoMars, to the Red Planet in 2018." 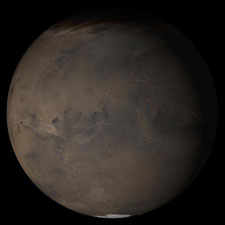 However, Dr Baker contends it will take more than just political ambition to put a man on Mars. "While it's technically possible, I don't know if the money is available at the moment. At the height of the Apollo missions the amount spent on space exploration was 4.5 per cent of the total United States federal budget. Nowadays, it's barely 0.5 per cent. The United States would have to seek joint funding from somewhere else in the world and I don't think there's the same global desire right now."

That aside, Dr Baker is in no doubt that the Mars missions will remain incredibly important in answering the biggest question facing mankind. "The ultimate goal of space exploration is to determine whether humanity as we know it is the only life form in the universe and the Curiosity landing brings us one step closer to finding out. Finally we'll have a better idea as to whether we're really alone and all for less than a quarter of the cost of the 2012 Olympic Games," he said.

After spending eight months travelling 154 million miles, the rover touched down at 6.30am BST on August 6 and has already started sending back images from the so-called Red Planet. For the next two years it will explore the Martian environment to find if it might have once supported life and if it could do so again. "The rover will drive around the Gale Crater, which is a former flood plain and, using a suite of 10 scientific instruments, search for signs of past life," Dr Baker said. "Life as we know it cannot exist without water, so any traces left on the surface of the planet will form a signature which will help us understand if life could have existed on Mars." 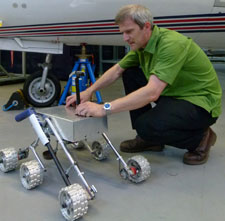 The mission is the most expensive and ambitious undertaken by NASA with the cost of the rover put at around £1.6bn. "The rover weighs 900kg, uses a compact nuclear generator to provide power and carries several separate chemical and imaging laboratories. It can be likened to a nuclear-powered Mini that can examine targets at a distance using a laser gun. Previous missions were closer to remote controlled cars in terms of their complexity and ability to perform scientific tasks," Dr Baker said.

Kingston University is playing its part in visits to our nearest planetary neighbour, having run several Mars rover projects with its students looking specifically at ways to make the chassis lighter and more efficient. It also has strong links with Astrium UK, the space subsidiary of the European Aeronautic Defence and Space Company, which provides a prize for Kingston's best astronautics and space engineering students each year.